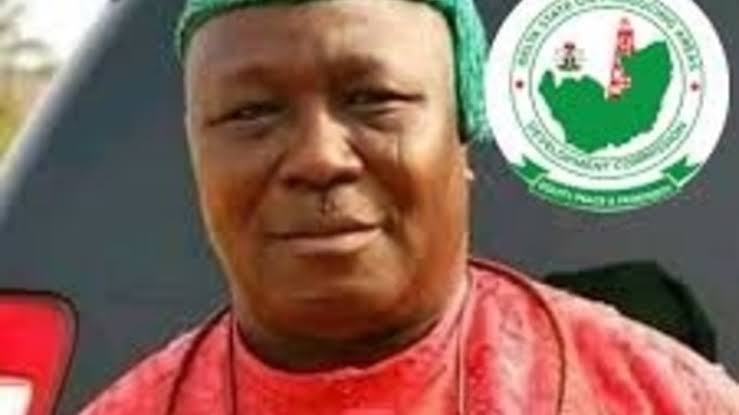 The final burial rites for the late Odiologbo of Erovie community in Ozoro Kingdom in Isoko North Local Government Area of Delta State, Prince Idama Alfred Areh, have been slated for Friday, November 4, 2022.

The burial arrangement was contained in a statement signed by Hon. Nicholas Areh on behalf of the Azaka Royal Family of Ukolobi, Erovie Community and Akporero Family of lyeriri, Urude Community of Ozoro Kingdom.

According to the statement, the late Odiologbo will be buried at his family compound along Abrenu street, Erovie community on Friday.

According to the burial arrangement, a service of songs for the late patriarch of the Areh family will be held on Thursday, November 3 at 92A, General Hospital Road, Oruamudhu Community, Ozoro.

Similarly, a traditional wake keep will be held the same day at Idama Villa, at Abrenu Street, Azaka Avenue.

RELATED  Comatose Ajaokuta Steel, other challenges will be solved –Atiku

“On Friday, November 4, 2022, funeral service will be held at Christ Anglican Church, Agbaza Road, off Hospital Road Ozoro while interment will follow immediately at his Villa, No. 1 Abrenu Street, Erovie Community”, the statement added.

It stated that reception and entertainment of guests will follow immediately after the committal at Ekwerigbe Primary School Ground, NDC Road, Ozoro.

The burial ceremonies will be concluded with a thanksgiving service on Sunday, November 6, 2022, at Christ Anglican Church, Agbaza Road, Off Hospital Road, Ozoro.