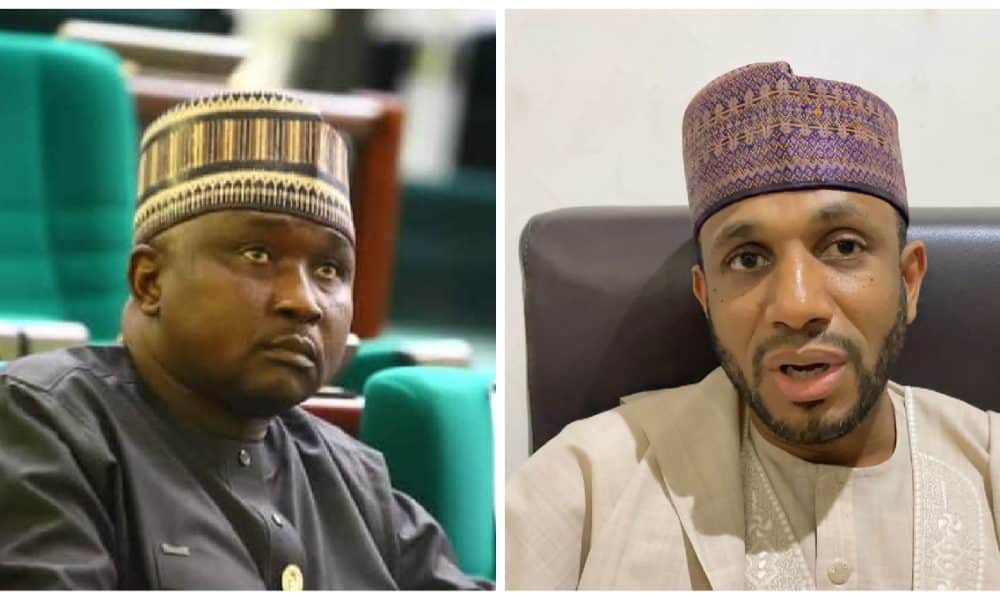 An All Progressives Congress (APC) stakeholders meeting reportedly ended abruptly in Kano after party chieftains engaged in a heated argument.

Naija News understands that the Majority Leader of the House of Representatives, Alhassan Ado Doguwa and the state’s Deputy Gubernatorial candidate, Murtala Sule Garo, were both involved in the confrontation.

Insiders had told newsmen that the latest tantrum between the party stakeholders could be a setback for the ambition of APC’s presidential candidate, Asiwaju Bola Ahmed Tinubu, if care is not taken.

Barely a week ago, Tinubu was in Kano for 3-day interactive meetings with party stakeholders and religious, traditional and business leaders in the state.

Unfortunately, the party chieftains, despite the recent development targeted at ensuring a smooth relationship amongst them ahead of the 2023 general elections, engaged in the feud on Monday night at the residence of the state’s deputy governor and governorship candidate, Nasir Yusuf Gawuna, where party stakeholders were having a meeting.

Naija News learnt that Garo sustained an injury from the heated exchange of words, as reports also claimed that Doguwa threw a teacup at him during the altercation.

Garo Jumped At Me First – Doguwa

Narrating his side of the story at a press briefing on Tuesday, Doguwa admitted that he was indeed not invited to the meeting at Gawuna’s residence but was only there to meet with the party’s chairman, Abdullahi Abbas.

Daily Trust quoted the lawmaker as saying that he met the party chieftains holding the meeting and that after seeing the calibre of people at the meeting, he jokingly enquired why the National Assembly caucus was not represented.

He said Garo immediately questioned him whether he must be invited to every meeting.

According to Doguwa, he felt slighted by Garo’s questioning because he felt his standing as the party’s NEC member and a member of the national caucus, aside from being a Majority Leader of the green chamber, should naturally qualify him to be in attendance.

He said: “I was upset and felt denigrated, and while complaining, Garo jumped at me and started insulting me but I initially only told him ‘thank you’, but while I was calling the deputy governor and party chairman’s attention to the insults, he continued and even attempted to grab my cloth. It was then I lost my cool and returned his insults.”

Clarifying the tea cup and the injury, the House Leader said the cup fell while Garo was shaking the table, and he (Garo) slipped from the tea that spilt from the cup, and that was where he injured himself.

RELATED  Backing Obaseki Despite Warnings Was A Mistake – Oshiomhole

“I did not injure Murtala. I did not fight him, but I exchanged unpleasant words with him and then my brother Aruwa moved me out of the place. The news that is going around (portraying me as the aggressor) is fake and unfounded,” Doguwa added.

He said he remained committed to the APC as always and would continue to respect the constituted authority of the party, but urged the state governor, Abdullahi Umar Ganduje, to, as a matter of urgency, step into the crisis before it spiralled out of control and cost the party in 2023

“We are facing an unprecedented opposition”, he said, referring to the growing strength of the New Nigeria People’s Party (NNPP) and other parties in the state and country at large.