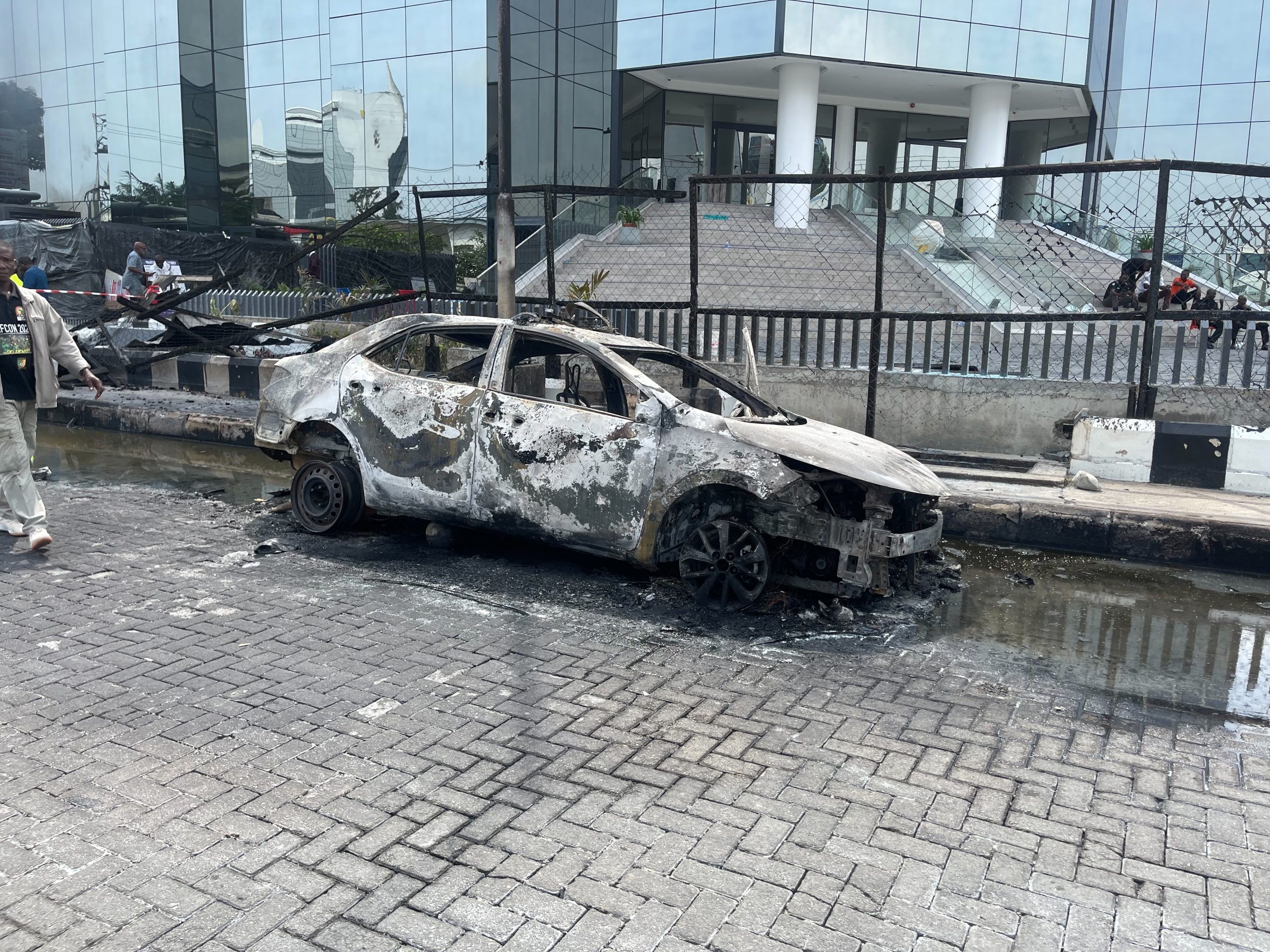 The incident which was reported at 10:03 hours has Oba Oniru Fire Station responding to douse the ensuing Fire from an industrial generator which was being fixed before reportedly going on flame.

RELATED  Congress is debating new retirement rules. These 7 changes are on the table

The generator which was housed within the premises of a commercial bank also affected an adjoining Toyota Saloon Car belonging to the Rapid Response Squad of the Lagos Command of the Nigerian Police stationed outside the premises.

Unfortunately, a male adult was recovered severely burnt beyond recognition and handed over to the Police from Bar-Beach Division while the four-storey commercial building was saved and the RRS Policemen escaped unhurt.

Director, of Lagos State Fire and Rescue Service, Adeseye Margaret said that further report will be given as the investigation into the cause of the incident is completed.

Redesigning of currency targeted at hoarders of illicit funds – Buhari

Atiku versus Tinubu: Dance of Naked Emperors – By Chidi Amuta

Redesigning of currency targeted at hoarders of illicit funds – Buhari

Atiku versus Tinubu: Dance of Naked Emperors – By Chidi Amuta

[Devotional] IN HIS PRESENCE: What a loving Father He is