“I have no regrets being President Buhari’s minister” – Lai Mohammed 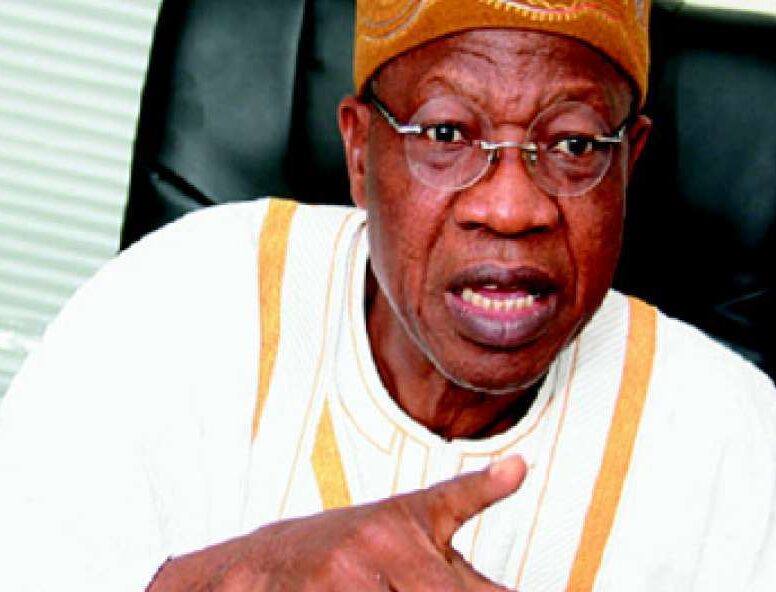 Minister of Information and Culture, Alhaji Lai Mohammed says he has no regret being a minister in the administration of President Muhammadu Buhari.

The minister stated this on Tuesday in Abuja when he appeared before the Senate Committee on Information and National Orientation to defend the ministry’s 2023 budget proposal.

Responding to a question by a member of the committee, the minister said it was a privilege for him to be called upon to serve his fatherland and he had been discharging his duties effectively.

Speaking on his challenges, the minister said the ministry was not adequately funded to discharge its mandate of management of the image and reputation of the country and the promotion of its cultures.

He said with the advent of the new media, his job, like that of other information managers, became more cumbersome.

He expressed, regret, however, that there was no corresponding funding to match new problems being created by the social media.

The minister said notwithstanding the challenges, the ministry recorded tremendous achievements in the past seven years when he had been the minister.

“What I would consider the biggest achievement is deepening information flow between the government and the governed.

“Democracy is about the participation of all citizens, and nothing enhances citizens’ participation more than enhancing a two-way communication between the government and the governed,’’ he said.

In enhancing people’s participation in governance, the minister said he introduced town hall meetings where ministers told Nigerians what they were doing.

The meetings also afforded Nigerians opportunities to ask questions in a no-holds-barred manner and also offer suggestions to government, he said.

Mohammed said till date, the ministry had held more than 20 town hall meetings on major issues across the six geopolitical zones of the country.

The minister said he had regular media briefings, media appearances and had engaged in massive advocacy on issues of national importance to sensitise the public.

RELATED  2023: Kwankwaso to discuss plans for Nigeria at webinar tomorrow

The minister said the ministry massively showcased the achievements of the administration through media tours of government projects across Nigeria.

“We have regularly engaged with the international media and international NGOs to deepen their knowledge on critical national issues and ensure a positive global perception of the country.

Mohammed said the ministry also embarked on massive advocacy to enlighten Nigerians about COVID-19, the pandemic that killed almost seven million people across the world.

He said without vaccines and drugs at the beginning of the pandemic, information was the most potent way to curtail the spread of the virus.

The minister said he launched “Change Begins with Me’’ campaign aimed at attitudinal change among Nigerians.

He said the ministry spearheaded changes in the Nigerian Broadcasting Code and the Act setting up the Advertising Regulatory Council of Nigeria to enhance their efficiency and effectiveness.

They were the 61st meeting of African Ministers in charge of Tourism, under the UN World Tourism Organisation (UNWTO), and the recently-concluded 2022 UNESCO Global Media and Information Literacy Week.

The minister added that the ministry would soon host the UNWTO global conference on tourism, culture and the creative industry at the National Arts Theatre in Lagos, from Nov.14 to Nov.16, 2022.