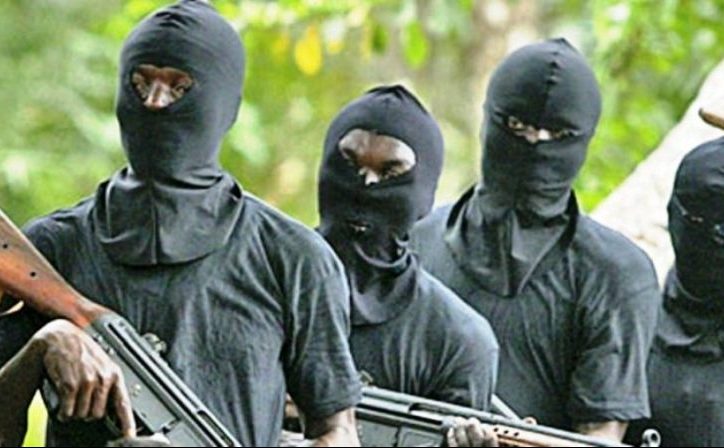 The latest abduction is one in a series of abductions on the highway in which some victims were killed.

Local sources in the community told newsmen that the victims, who were said to be returning to Ibadan, Oyo State capital, after attending an event in Kogi last weekend, were kidnapped around noon on Sunday.

They were said to have been waylaid by some gun-wielding attackers on the road between Irele-Ekiti and Oke Ako, and took their victims into the forest.

A reliable source said,  “The four persons kidnapped were returning from an event in Kogi to Ibadan along the Irele Ekiti and Oke Ako Road.

”We have not heard anything from the gunmen since yesterday (Sunday), and we are hoping they will get in touch with their families, possibly for ransom.”

Confirming the incident, a community leader in Irele-Ekiti, Chief Kehinde Abejide, condemned the abduction, saying incessant attacks by gunmen in the area, were becoming worrisome.

He called on the new administration in the State to beef up security in the axis.

Abejide urged the new governor, Mr Biodun Oyebanji, to partner the military to help in fighting the menace in the state

”These four people were returning to Ibadan when  they were attacked and kidnapped on Sunday morning and we have not heard anything since they were taken into the forest.

”We have been crying and pleading with government to help us in this area, but it appears nothing is happening, especially when you consider the recurring incidents in the community

”Though, we have in the past made local arrangements here relating to security, it can never be enough to confront these people.

”Let me call on the governor of Ekiti to do something urgently on  insecurity before our people in the entire communities in Ajoni LCDA are wiped out ,” he said.

“There is  the need for a military post between Irele and Oke Ako, which will help to forestall any possible attack by these gunmen because it appears they are taking advantage of the poor security arrangements here.”

When contacted, DSP Sunday Abutu,  the spokesman for the Police Command  in Ekiti, who confirmed the incident, said he would brief the media as soon as details  about  the incident reach his office.

He said that the  operatives of the corps were already combing the forest in the area toward rescuing the victims alive.