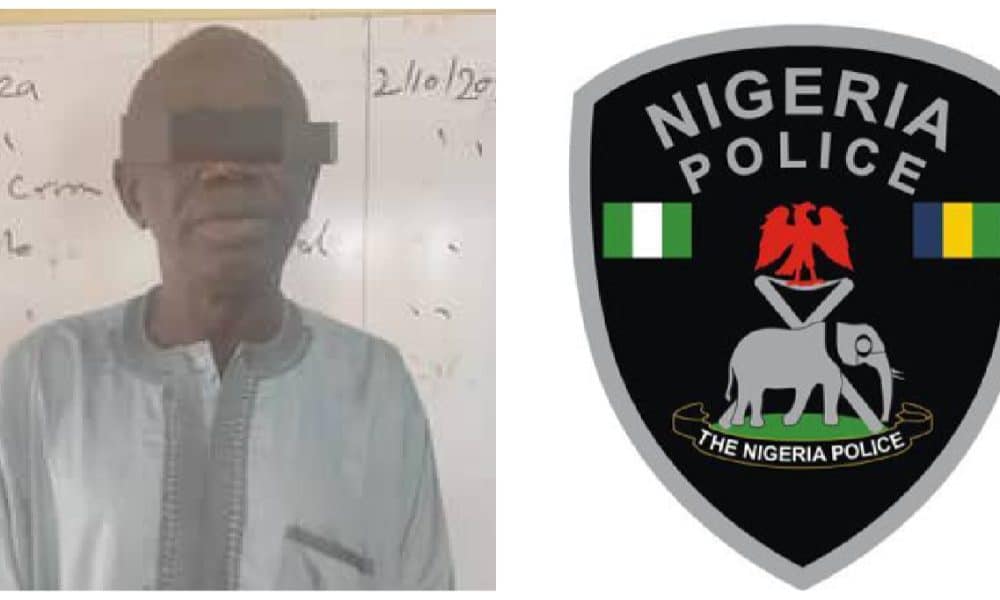 A former Commissioner of Information in Bauchi State, Mohammed Damina, is reportedly cooling off in a police cell over the alleged killing of his friend during an altercation.

Reports obtained by Naija News revealed that the former government appointee had been making advances at his friend’s daughter, but she kept turning him down.

Damina’s excesses were made public by the young girl who reported to her father about his friend’s moves.

It was gathered that on Sunday, October 30, at about 5.30 pm, the deceased, Adamu Babanta, a 67-year-old retired civil servant residing in the Yelwa Lebura area, caught Damina, his friend and neighbour, with his daughter on the same Sunday evening.

Residents who spoke with The PUNCH confirmed that the accused person called his friend’s daughter on the phone to hook up with him on a Sunday location.

A relative of the deceased who spoke on condition of anonymity told newsmen that Damina and his late brother were friends and neighbours.

He narrated that Damina had attempted to have a sexual relationship with the 18-year-old girl daughter of his late friend.

According to him, the accused person had been making advances on the girl by sending her recharge cards.

Naija News learnt that Damina served as commissioner for Information under the former Governor of the State, Isa Yuguda and later served on special duties under the same administration.

“The girl reported to her mother, who told the father, but he did not believe the story. Then yesterday (Sunday), he called the girl and told her that she should meet him at the Total filling station by 5 pm so they could go out.

“The girl informed her father, who then asked her to go as planned and that he would follow behind to ascertain the situation. As expected, Galadima was waiting at the point while the father was watching as the girl arrived.

“Galadima asked her to enter the car after he had opened the door but at that point, the father came out and confronted his friend, expressing anger. He then tried to run away, but there was a struggle between them which led to him pushing the late Adamu out of the car, he hit his head on the pavement of the road, and the back tyre of the car crushed his legs and broke the bones. He died on the way to the hospital,” the relative told newsmen.

Narrating her ordeal to journalists, Khadija, a senior secondary school student, said that the ex-commissioner got her number from her friend and had been asking her out on several occasions, but she declined.

She said: “Yesterday (Sunday) evening, Galadima called me while I was in the shop and asked me to meet him around the Yelwan Tundu market. So, I informed my father and his friend about it, and he asked me to go.

“I was in a Keke while my father took a bike; when we got there, he asked me to enter his car. I said he should wait; my father came out to confront him. They were dragging his car; he wanted to escape with me, and then I came out of the vehicle. He drove roughly with my dad’s hands in his car, trying to turn off the engine. He hit him on a pole from there, and he died.”

She alleged that Galadima zoomed off while her father’s lifeless body was lying on the road.

Naija News learnt that the incident caused a protest in the Yelwa area on Monday morning as road users were blocked on their way to work.

Operatives of the Nigeria Police Force, Army, Civil Defense and the monarch all reportedly intervened before calmness was restored in the area.

The Police Public Relations Officer (PPRO), Bauchi State Command, Ahmed Wakil, confirmed the incident to newsmen noting that the Commissioner of Police, Umar Sanda, has been informed of the incident.

RELATED  2023: Some People Are Holding Meetings To Promote Religious And Ethnic Division – El-Rufai

According to the PPRO, Sanda has directed that the incident be transferred to the command headquarters for discreet investigation.

He said, “Yesterday, October 30, 2022, at about 7.30 pm, a case of fatal motor accident was transferred from the Yelwa Division for a discreet investigation, it was a case of culpable homicide.

“One Khadijah Adamu Babanta was enticed by one man, Mohammed Damina, Galadiman Dass, a 68-year-old resident of Yelwa. When Galadima enticed her, she told her father about it; then she told the father that the said man was waiting for her at a filling station.

“Her father followed her behind to the place. On getting there, the father, now deceased, confronted Galadima through the passenger’s side of his car, as they were discussing, Galadima zoomed off the vehicle while the deceased was still hanging on to the car door to point he fell and was rushed to ATBUTH for medical attention but was confirmed dead by a medical doctor.”

“On receiving the report, the Commissioner of Police, Umar Sanda directed all tactical commanders led by the Area Commander, Metro and other DPOs to the scene,” Wakil added.