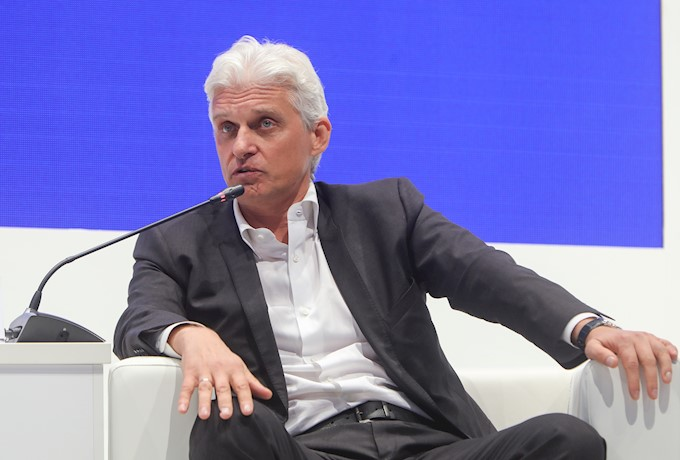 Russian Billionaire, Oleg Tinkov has decided to give up his Russian citizenship because of the ongoing war in Ukraine.

Mr. Tinkov took to Instagram to make this announcement, “I have taken the decision to exit my Russian citizenship. I can’t and won’t be associated with a fascist country, that started a war with their peaceful neighbour and killing innocent people daily.”

“I hope more prominent Russian businessmen will follow me, so it weakens (President Vladimir) Putin’s regime and his economy, and put him eventually to defeat,” he wrote on Instagram.

He shared a picture of a certificate confirming the “ending” of his Russian citizenship. 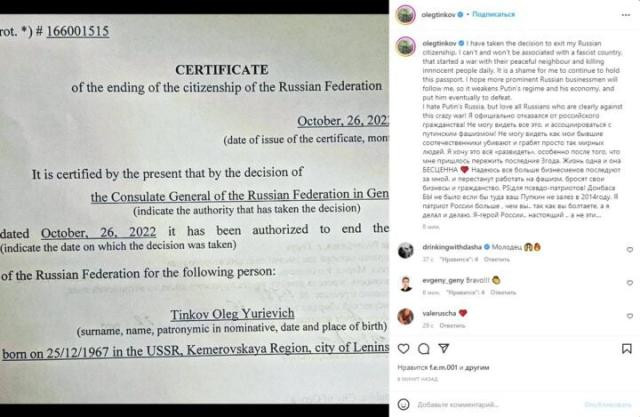 “I hate Putin’s Russia, but love all Russians who are clearly against this crazy war!” Tinkov said.

The billionaire is one of Russia’s best-known self-made tycoons and founded the online Tinkoff Bank, reported AFP. The bank is one of Russia’s largest lenders, behind state giants Sberbank and VTB. Tinkoff has around 20 million customers today.

Mr. Tinkov had strongly criticised Russia’s offensive in Ukraine, describing it as an “insane war” as he called on the West to end the “massacre”.

He has also been targeted by British sanctions imposed soon after the conflict began in late February.

Mr. Tinkov was previously arrested in London in 2020 on charges of tax evasion in the United States. He was later released on bail and treated for leukaemia in London.

He quit his role as Tinkoff CEO in 2020 and the bank has distanced itself from his anti-offensive comments.