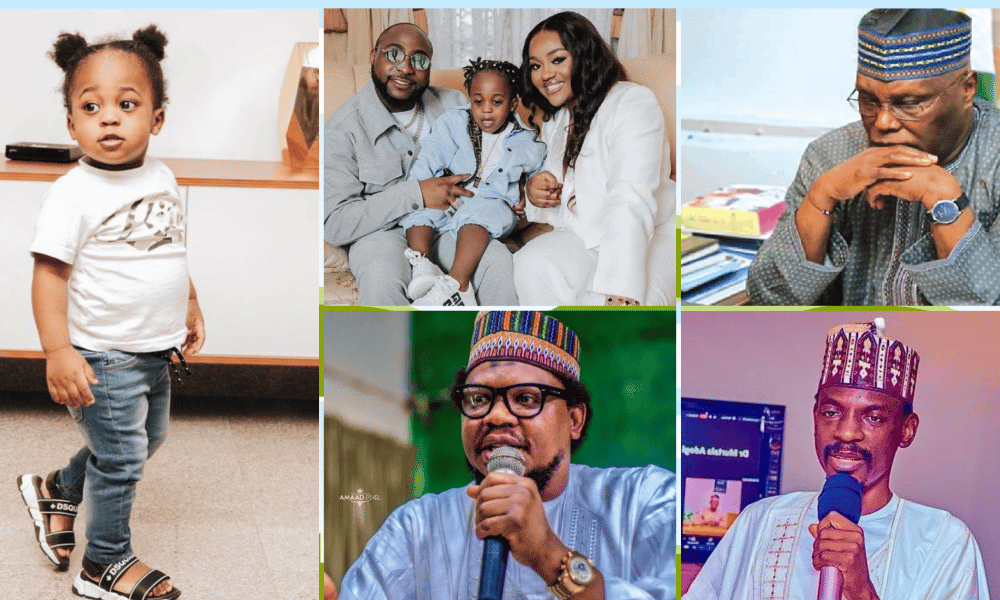 Naija News had reported earlier that the singer’s son with Chioma Rowland, Ifeanyi drowned in a pool on Monday and eventually died. The disturbing event reportedly happened when the parents were away from home for an event.

Joining a host of others in sympathizing with the bereaved parents, Atiku, via his Twitter page, wrote: “My thoughts and prayers are with Davido and Chioma and the Adeleke family at this time. I pray for God to strengthen and comfort them.”

In another Twitter post, former presidential aspirant and a chieftain of the All Progressives Congress (APC), Adamu Garba, sent his condolences to Chioma and Davido over the devastating news of their child’s death.

Adamu tweeted: “My condolences to Davido and Chioma on the loss of this adorable, innocent son, Ifeanyi. It is, indeed, a very painful moment for the couple.”

Also, the Special Assistant on Digital Communications to President Muhammadu Buhari, Bashir Ahmad, took advantage of the microblogging platform to sympathize with the singer’s family.

Ahmed Tweeted: “My thoughts and prayers are with Davido, who has lost a son, Ifeanyi. No parent should experience losing a child in such an unfortunate incident. May God comfort him and Chioma, the mother of the child.”

RELATED  Opinion: This 'magical' substitute for eggs may already be in your kitchen pantry