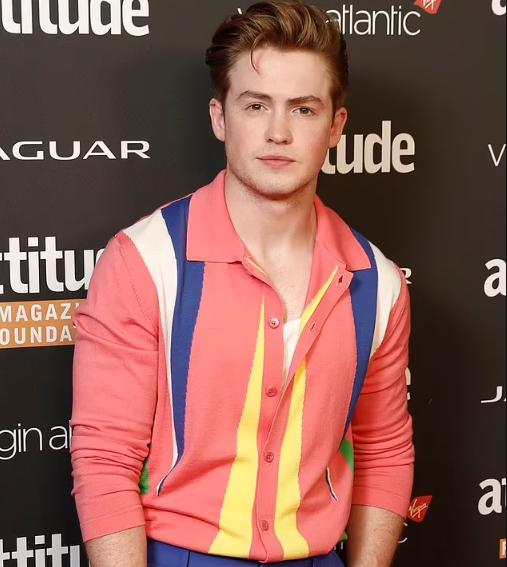 Kit Connor, a leading star of Netflix hit Heartstopper, has been forced to publicly come out as bisexual.

‘Back for a minute. I’m bi. Congrats for forcing an 18-year-old to out himself. I think some of you missed the point of the show. Bye.’

This is coming after Kit spoke about not wanting to label his sexuality ‘publicly’ amid accusations of ‘queer-baiting’.

Heartstopper writer, Alice Oseman has shown the actor’s support, criticising people for judging ‘based on stereotypes’.

She penned: ‘I truly don’t understand how people can watch Heartstopper and then gleefully spend their time speculating about sexualities and judging based on stereotypes. I hope all those people are embarrassed as F**K. Kit you are amazing.’

Kit’s co-star Kizzy Edgell, who stars as Darcy Olsson on Heartstopper, said: ‘I love u kit I’m sorry this has been so disgustingly rough on you. been treated so unfairly.’

Kit was accused of ‘queer-baiting’ after he was pictured holding hands with bisexual actress Maia Reficco, who he stars in A Cuban Girl’s Guide to Tea and Tomorrow with.

Queer-baiting is a term referring to a PR stunt in which celebrities simply imply that they are a member of the LGBTQ+ community.

Kit also quit Twitter in September, before returning with his latest tweet, amid online speculation about his sexuality.

He tweeted at the time: ‘This is a silly silly app. bit bored of it now, deleting twitter 🙂

Back in May, he had also addressed speculation around his sexuality, tweeting: ‘twitter is so funny man. apparently, some people on here know my sexuality better than I do…’

Kit has also opened up about why he was uncomfortable about speculation around his sexuality and why he didn’t want to label himself publicly.

‘We’re still all so young,’ he told the Reign With Josh Smith podcast back in May.

‘To start sort of speculating about our sexualities and maybe pressuring us to come out when maybe we’re not ready. For me, I just feel perfectly confident and comfortable with my sexuality.

‘But I don’t feel the need to really, you know – I’m not too big on labels and things like that. I’m not massive about that.