Why I prefer Yoruba to Igbo girls- Fireboy DML 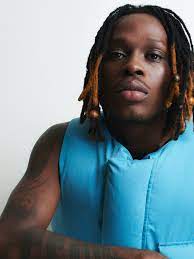 According to the “Bandana” crooner, Yoruba girls don’t squander the money of their boyfriends, unlike their Igbo counterparts.

The YBNL music star, in an interview with ‘One jobless boy’ said Igbo girls are wicked and lavish spenders.

TheNewsGuru.com (TNG) reports that Fireboy DML is signed to YBNL Nation, a record label founded by Nigerian rapper Olamide. His debut studio album Laughter, Tears and Goosebumps was released in 2019. He won Listener’s Choice and was nominated for Song of the Year for “Jealous” at the 2020 Soundcity MVP Awards Festival.

His breakthrough single “Jealous” first appeared on YBNL Nation’s collaborative album YBNL Mafia Family (2018), before being re-released on 25 March 2019. The song is composed of guitar riffs, traditional drums and percussion; it combines African harmonies with elements of country and soul music. “Jealous” was produced by Cracker Mallo and is centered around love and the complicated feelings that go along with it.[3] The visuals for “Jealous” was directed by Director K.

RELATED  Ezekwesili laments over level of decay in Nigeria

On 14 June 2019, Fireboy DML released the romantic single “What If I Say”. It was produced by Pheelz, who incorporated a mix of percussion, ambient synth harmonies, and a drum riff into the production. The visuals for “What If I Say” was directed by TG Omori.

On 1 August 2019, Fireboy DML released another single “King”, in the song, he declares his worth to his love interest. The accompanying music video for “King” was directed by TG Omori; it contains images of Fireboy and his love interest in a rose petal embellished Rolls Royce, as well as images of him singing at a fashion show where models walk on a runway.

RELATED  “I Still Love You” Alex Ekubo’s Ex Fiance, Fancy Acholonu Apologizes Again to Him Months after Breaking off Engagement