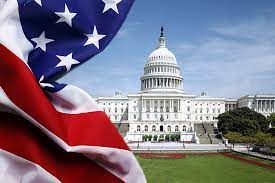 The United States government has given approval for the evacuation of its officials and their families from Abuja and other areas prone to attacks in the country.

The US State Department announced the approval of the evacuation in its updated Nigeria travel advisory on Tuesday evening.

Recall that the United States and United Kingdom had earlier warned of a possible terrorist attack in the capital Abuja.

The alert reads “On October 25, 2022, the Department authorized the departure of non-emergency U.S. government employees and family members due to the heightened risk of terrorist attacks,” the advisory read.

RELATED  Ojuawo lauds judiciary, says I have collected my seized N40m from EFCC

Meanwhile, the Federal Government, through the Minister of Information had dismissed the security alert, stating that Nigerians are safer now.

It also assured that the situation is under control as adequate security has been provided.

It added that  the Nigerian Armed Forces were on top of security challenges in the country.

“Our country is safer today than at any time in recent times, thanks to the sacrifice of our men and women in uniform.

“We do not discountenance the fact that terrorists, bandits and their kind would always want to do whatever it takes to disrupt our nation’s peace, security and stability. But our security forces have been proactive.”

The nation’s capital city came under heavy attack months ago following the Boko Haram raid on Kuje Prison and an attack on the Presidential Guards Brigade at Bwari in which three elite officers were killed.