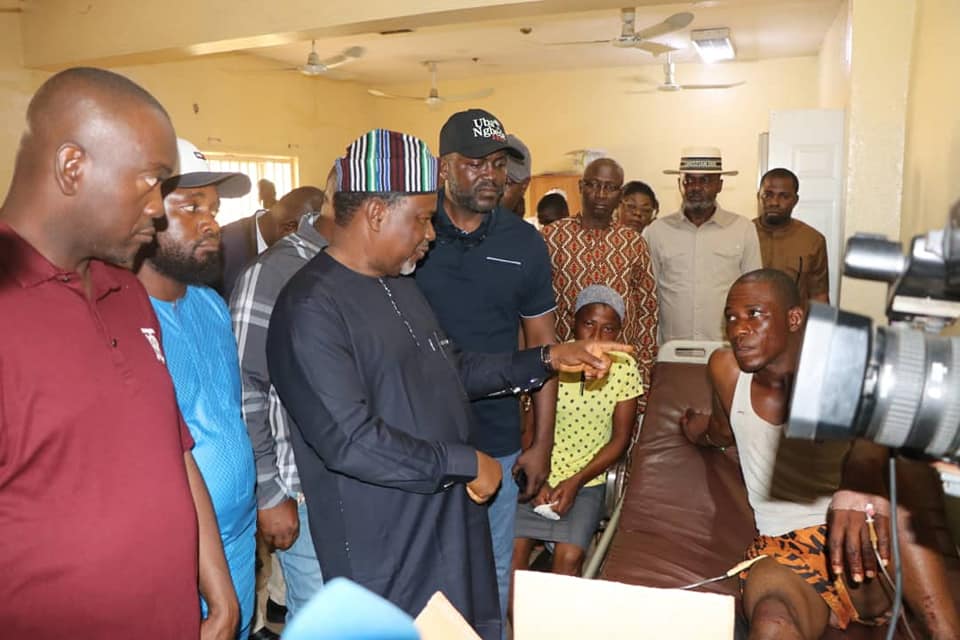 Engr Uba commiserated with the victims who suffered various degrees of injuries ranging from gunshots, and matchet cuts and called on security agencies to do more in securing the lives and properties of the people of the state.

He commended the efforts of Governor Samuel Ortom in securing the state and reiterated the commitment of the state assembly under his leadership to continue to give the desired support.

The PDP guber candidate expressed satisfaction with the level of care and support given the patients and urged the management and staff of the hospital to sustain the tempo.

The Speaker urged the people to continue to pray for the government of the state to overcome the insecurity challenges confronting the state as well as quick recovery of the victims and donated a token to help upset the bills of the patients.

In his reaction, the Medical Director, Benue State University Teaching Hospital, Dr. Terlumun Swende who led the Speaker round the wards commended the gesture of the Speaker and the Assembly and urged other aspirants, and other well-to-do individuals and organisations to come to the aide of the victims.

Dr. Swende also acknowledged the support of Governor Samuel Ortom in upsetting the medical bills of the patients as well as provision of feeding and other needs of the patients. He appreciated the efforts of international donor agencies and Nongovernmental organizations in providing medical services to the victims there by reducing the burden on the hospital.

Others were members representing Guma State Constituency, Barr. William Ortyom and that of Logo, Hon. Kuranen Yagba whose constituencies are worse hit by the attacks.