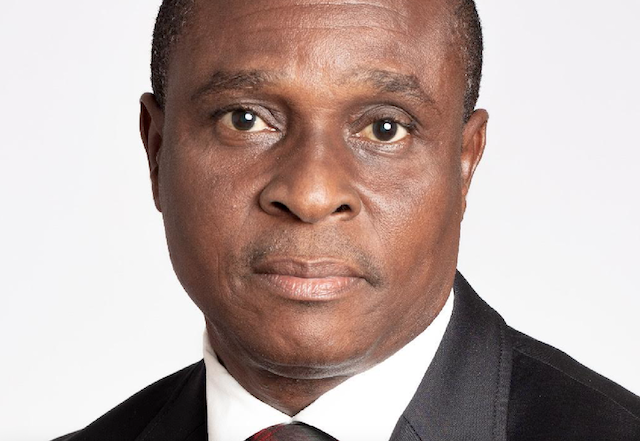 On both sides of the city streets stretching in long rows of well-lit structures, on a night drive with my host, were these neon-illumined signs of pharmacies. Pharmacies everywhere! It was the country’s capital city centre and I thought, this could be an indication that people here are always getting ill. Then it dawned on me while also on a tour of other towns and cities outside the capital that there were as many pharmacies as there were in the capital. So did my discovery weigh on me as to the health of the population here that I had to share my thoughts with my host and asked him the reason pharmacy shops dotted every nook and cranny of the country.

Oh! You thought this might be a business opportunity, isn’t it? My host asked, obviously guessing that since I was on a business trip and given the peculiar inquisitiveness of people from my part of Nigeria, I could be interested in exploring and testing grounds outside my major reason for the trip.

No! I replied, I was a bit worried by the sheer number of pharmacies and health facilities here. Then, he carefully explained to me that these facilities arose out of the countrywide implementation of healthcare insurance under the universal health policy of the government.

This was Kigali and Rwanda some seven years ago. By that time Rwanda had attained over 95% coverage of its population. The sheer number of pharmacies and hospitals demonstrates the health infrastructural boost that can result from mass health insurance schemes.

The United States of America, the largest economy on earth provides for universal healthcare for its population and sustains the program. It is called Medicare. Everyone pays his fair share.

But there is hope! “Given the role of health in reinforcing education and the measure of productivity, my leadership will pay serious attention to the health system by ensuring that at least 100 million poor Nigerians have access to free medical services through an integrated health insurance scheme.” This pronouncement was made by one of the leading presidential candidates in the 2023 general elections and the pledge resonates with an earlier promise by the present government when in May 2022 it signed the National Health Insurance Authority Act.

The right to health is a fundamental provision imposed on the State by the 1999 Constitution. Worldwide, political and economic leaders are clear about the nexus between productive people and a healthy population. Therefore, investments in healthcare and education are clearly a direct input to a healthy, productive population. When the vast population of a nation are actively engaged for the most part in thinking about what to eat, the health suffers and then no time is left for creative thinking.

Since the turn of the century and the beginning of the millennium, our country has struggled with the meaning of a productive people and the means towards achieving it. Hence its leaders had ventured into promising ‘Health for all by the Year 2000,” this being one of the ethe of Millennium Development Goals (MDGs). There was no known functional strategy and structures towards attaining this global goal in Nigeria. It was all a singsong meant to achieve a rhythmic and pleasant effect on the ear, and perhaps, confuse the people. And so we sang until the year 2000 and a new era began with a horrible national health malaise.

This subject is not the split milk but about the deliberate struggle to still spill more if the government ignores what matters. The National Health Insurance Scheme (NHIS) Act was enacted in 1999, obviously to comply with the MDGs for ‘health for all” in universal health coverage, as if by promulgating the decree, all the health structures and personnel required to achieve it will fall in place. Trust the military at that time – it was decreed and not until about 2005 that a little impetus was seen towards the realization of its core objectives.

The greatest flaw of the federal health insurance scheme is the full responsibility shouldered by the government for the payment of contributions to its workers. Thus the money that should have been paid to the fund for vulnerable groups in society served only the federal working population.

Furthermore, federal allocation and appropriation to the scheme became the strongest content and shrouded the major objective of providing adequate healthcare for federal employees. Then when it could exercise patronage influence over private HMOs, the battle for money control dimmed the prospect of achieving any goal including paying proper attention to vulnerable groups’ schemes.  And so it became embroiled in controversy over its powers, accountabilities and actual beneficiaries of a well-run health system. Thus, NHIS achieved a total disconnect with the main objective of driving universal healthcare through insurance.

The most important provision of the health insurance Act is that contributions shall form part of tax deductibles for both employer and employee. This means that in the computation of tax payable by the employer or employee, the amount contributed to the insurance scheme shall be deducted from the gross tax amount.

Hence the National Health Insurance Authority Act (NHIA) repealed NHIS Act to establish a fully regulatory body. Therefore, NHIS ceases to exist until it registers and assumes a new status consistent with the new law and then wears a complete commercial toga. The Authority still retains the dual function of running the federal health insurance scheme.

Mandatory Health insurance for all Nigerians and Residents

The new National Health Insurance Authority Act makes basic health insurance mandatory for every Nigerian and resident. However, this does not preclude additional health insurance purchases by any individual or group. Employers shall register themselves and their employees to State Social Health Scheme Funds. The existing structure of health insurance is private-sector oriented and may present a serious transition challenge for existing HMOs under NHIS.

According to the World Bank, the number of poor Nigerians will hit 95.1 million in 2022. This forecast is the primary basis for the estimate of poor and vulnerable persons to whom free healthcare access is targeted. Therefore, it is logical to forecast free access to healthcare for 100 million of the population who form the vulnerable group. The funding for this is provided in a Fund – the Vulnerable Group Fund. This group will receive free healthcare.

“Every State of the Federation and Federal Capital Territory may, for the purpose of providing access to health services to its residents establish and implement a State health insurance and contributory scheme to cover all residents of the State and FCT respectively. The basic minimum package for this coverage shall be in line with that provided in National Health Act.”

Sadly, this is the provision that will shape the amorphous nature of the new NHIA. NICON Insurance, Nigeria Re and other similar quasi-regulators have their stories when privatization arrived at their doorsteps. Unless this dual function is addressed now to make NHIA a strict regulator, it would be messy again.

Under the present legislation, formal sector employers and employees must compulsorily pay the basic premium for coverage to the State scheme and then a supplementary policy may be purchased from private health insurance schemes to augment their coverage if required. The top-up is not mandatory.

RELATED  Russian cruise missile strike on an apartment block over the weekend has killed 44 people, city's mayor says. Zelensky said the attack was a 'war crime.'

There will be no level playing field between States schemes, private schemes and federal schemes supervised by NHIA. The NHIA can exercise oversight on the federal scheme (a legacy of NHIS) but must not have a role in running it.

The accountability structures of NHIS were the bone of contention between it and the private sector actors. Accessing records of the actual payments made to hospitals for federal government employees’ health insurance was as difficult as the proverbial “camel passing through the eye of a needle.” Even most federal employees had no idea about the structure of health insurance that they were entitled and the scope of coverage for various levels of employees.

Under the new Act, payment to the scheme is contributory for the formal sector, unlike NHIS where the federal government alone as well as the States where health insurance is being implemented, bears the cost. Everyone paying their fair share always works except for the vulnerable groups.

The governing council is fairly representative but does not indicate how it can tap from the private sector models. The governance oversight by the board should be as strong as the objective of providing and pivoting easy access to health for the greater part of the population and superintending compliance with mandatory health insurance.

The Authority is a national body regulating all health insurance schemes nationwide whereas a scheme for federal employees which it is to establish is restricted to federal institutions only. Although the law empowers NHIA to “promote, integrate and regulate all health insurance schemes that operate in Nigeria” and to “ensure that health insurance is mandatory for all Nigerians and legal residents,” the Act also concedes that States of their own accord can establish a scheme for its residents. Here lies the challenge of implementation.

Most States do not have a structure for health insurance and compliance enforcement is dependent on collaboration between the States and the health Authority. Though Third Party Administrators will fill up the gap where a State does not yet have a State health insurance body, these administrators’ registration process,  establishment and takeoff may as well take as long as a State government to set up a State structure.