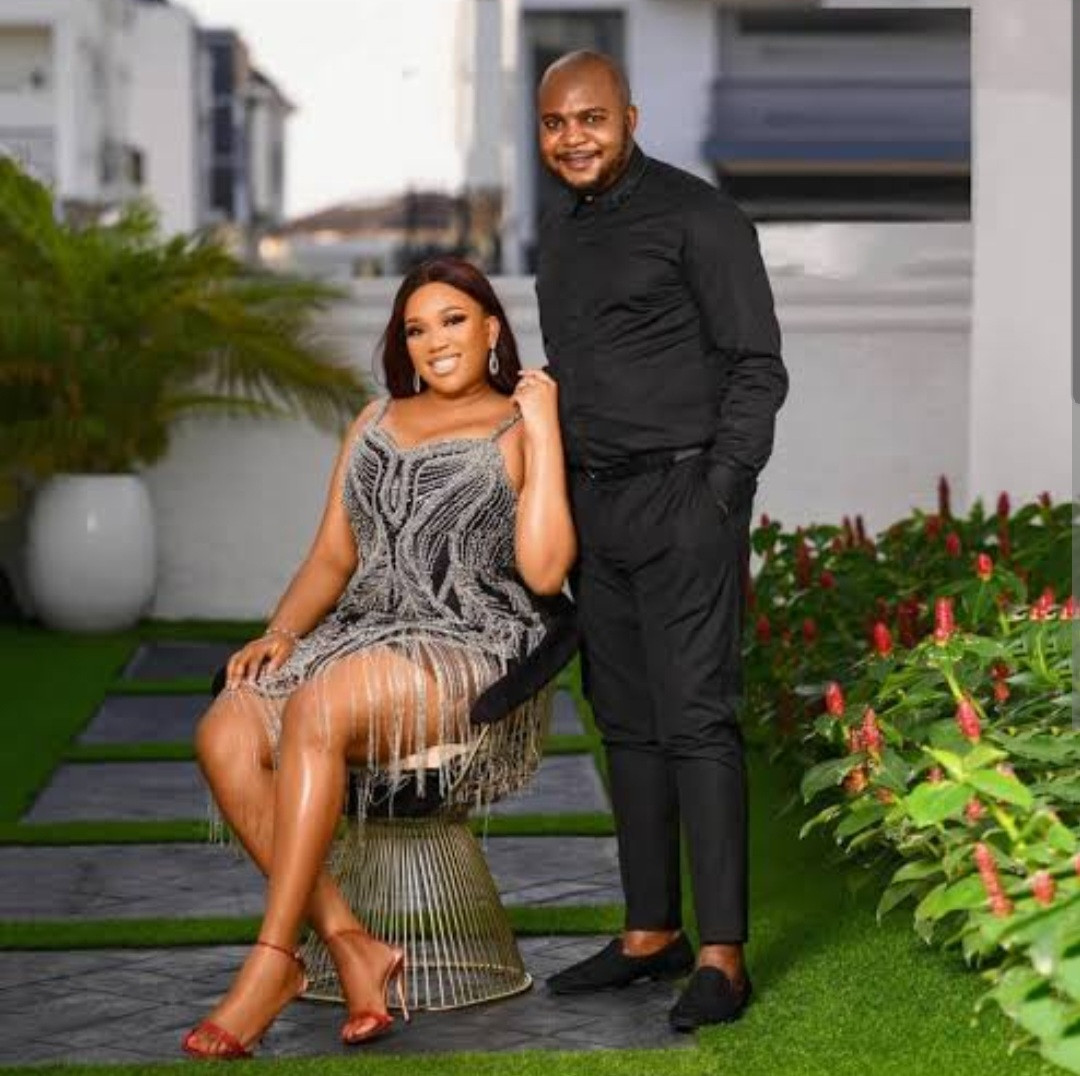 Attorneys for businesswoman Sandra Iheuwa have accused her estranged husband Steve Maduka, aka Steve Thompson, of threat to life and grievious bodily harm in petitions to the Inspector General of Police and the American Embassy.

The lawyers claim that Steve was involved in an “illicit relationship” shortly after marrying Sandra and he infected her with a sexually transmitted disease while she was pregnant, despite pleas for him to stop the affair for the sake of their unborn baby’s health.

The petition also alleges that Sandra used part of Steve Maduka’s office as her delivery office and reached an agreement with him for her to pay part of the rent.

However, after the resolution of the rental issue, Steve Maduka threatened to “resort to self help” to throw her out if she doesn’t move out of the property in 7 days, the petition states.

RELATED  We shall devolve power to states – Atiku

It added that Steve proceeded to send Sandra WhatsApp messages threatening to “use his gun” on her. He also allegedly threatened to follow through on his threats even if she relocates to the United States of America.

The lawyers petitioned the US embassy to prevent Steve Maduka from procuring the US Immigrant Visa using his estranged spouse,  Sandra Iheuwa’s details, as Sandra has left Nigeria “solely for her safety”.

Steve Maduka has not responded to the allegations. 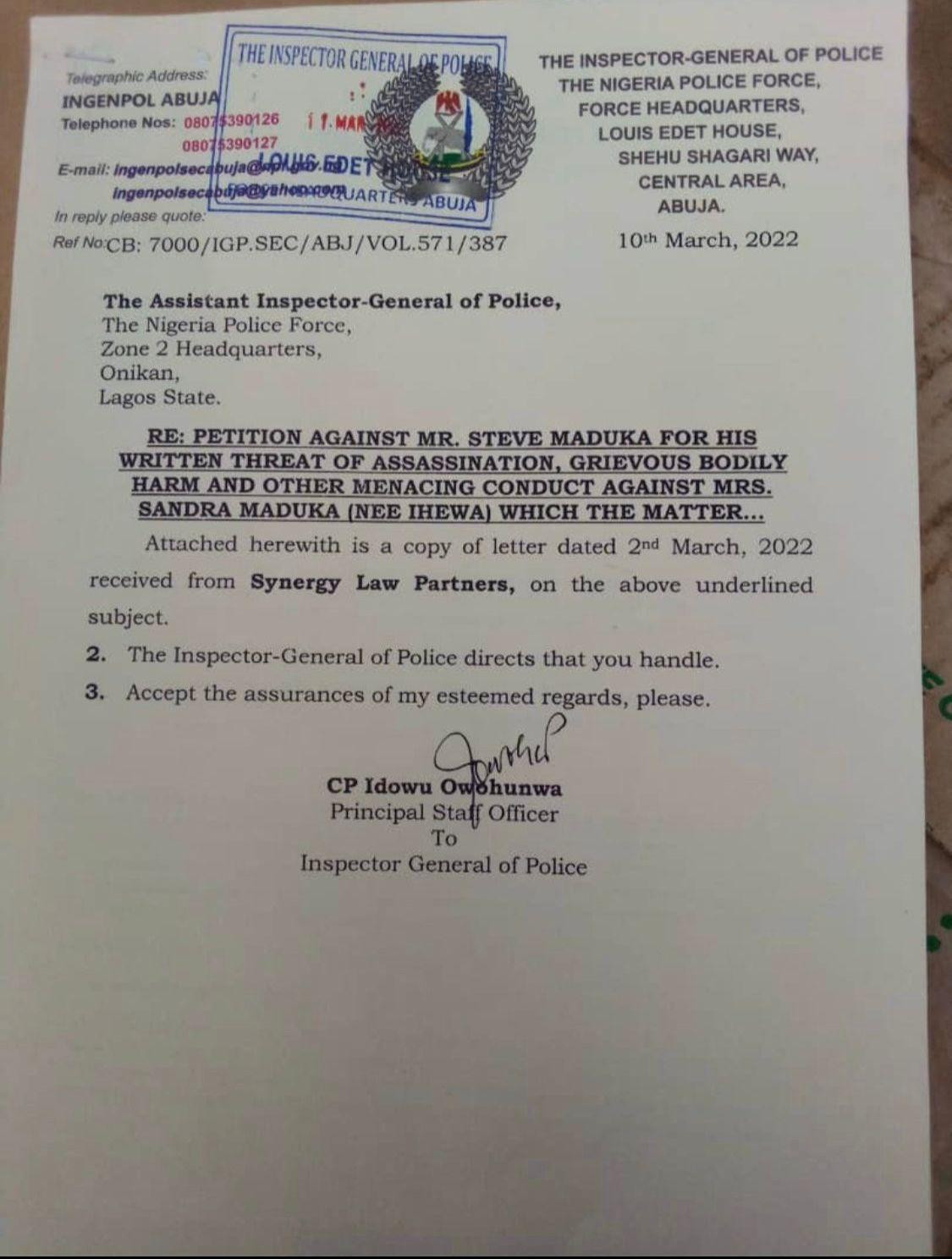 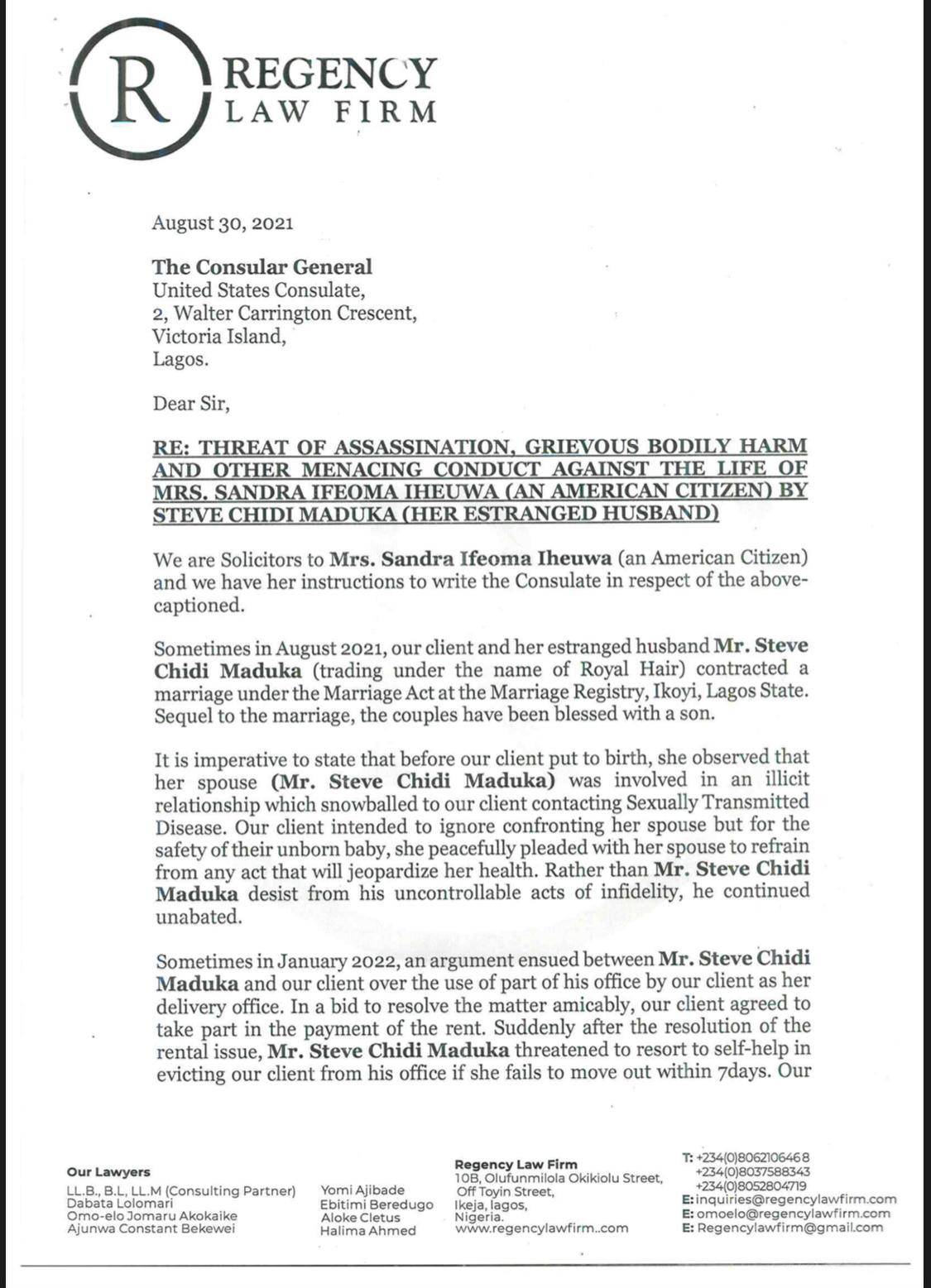 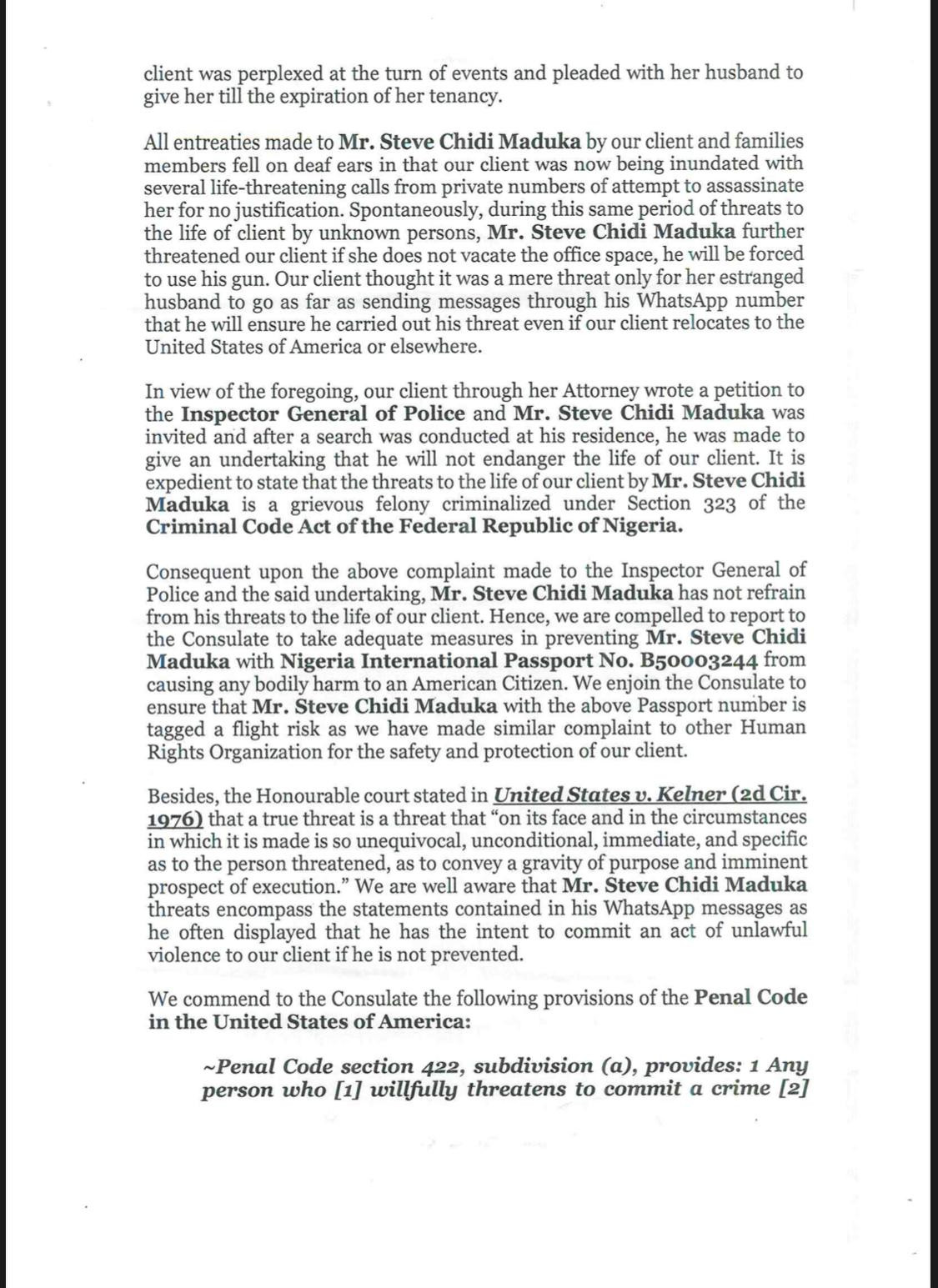 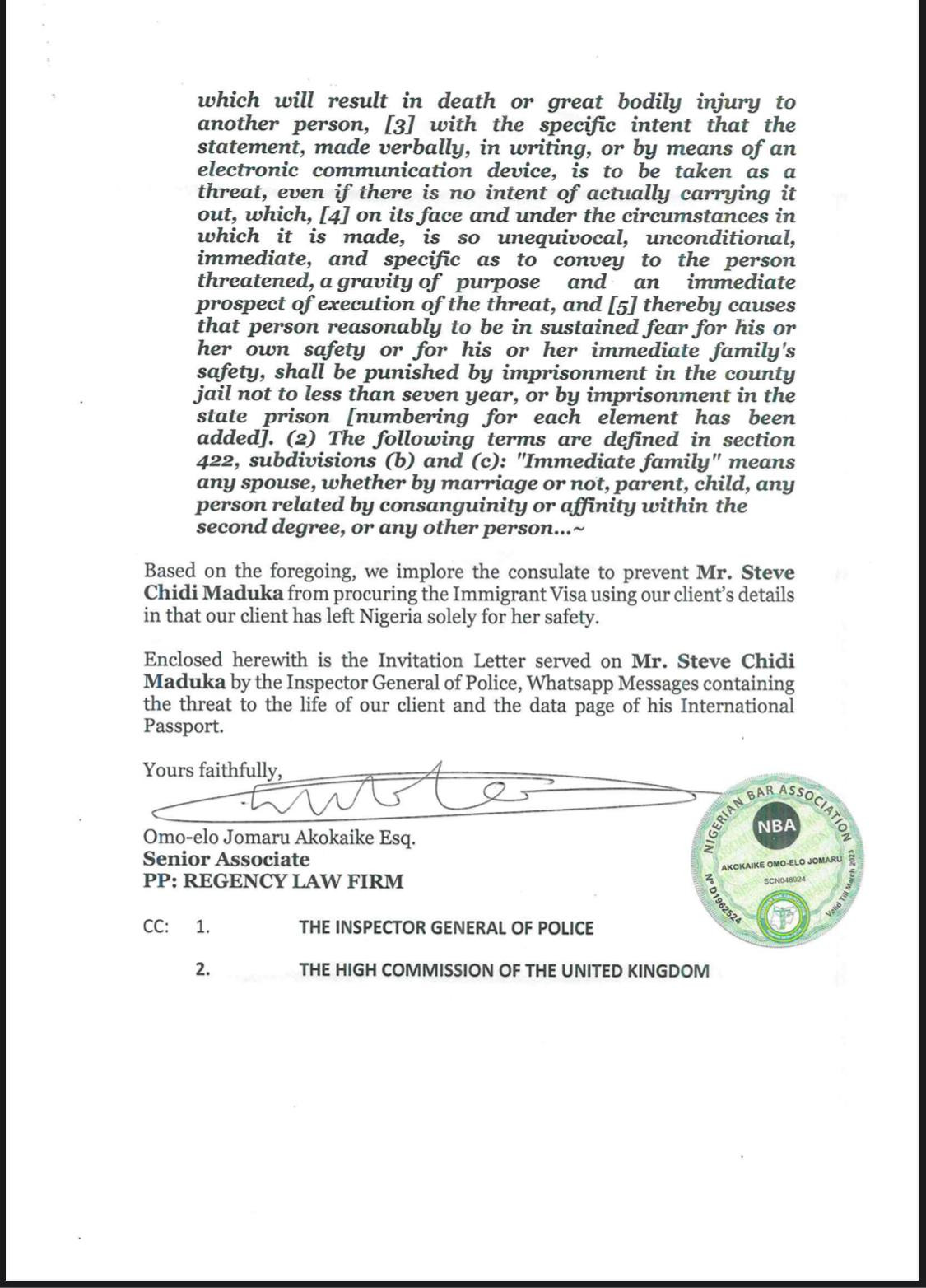 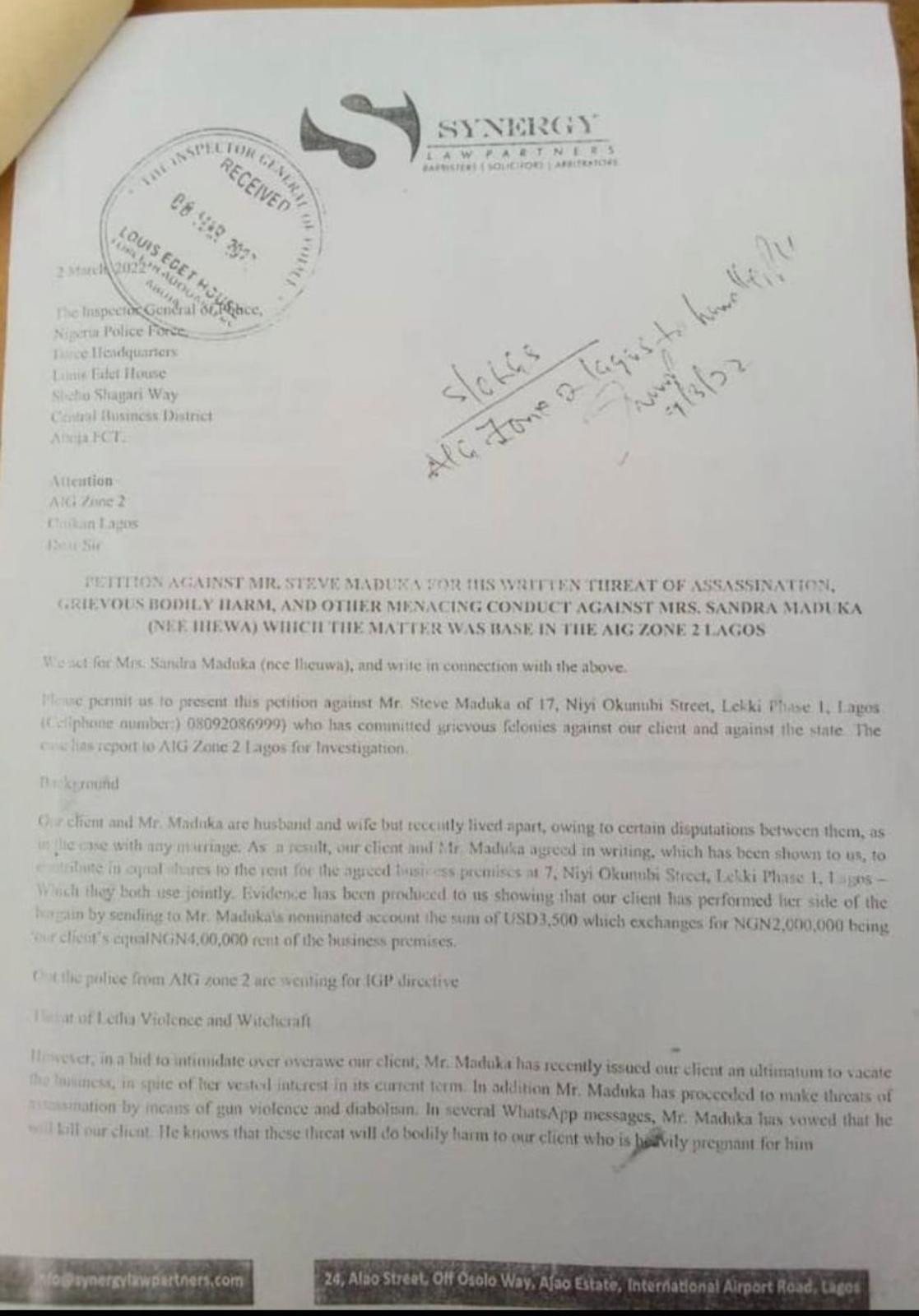 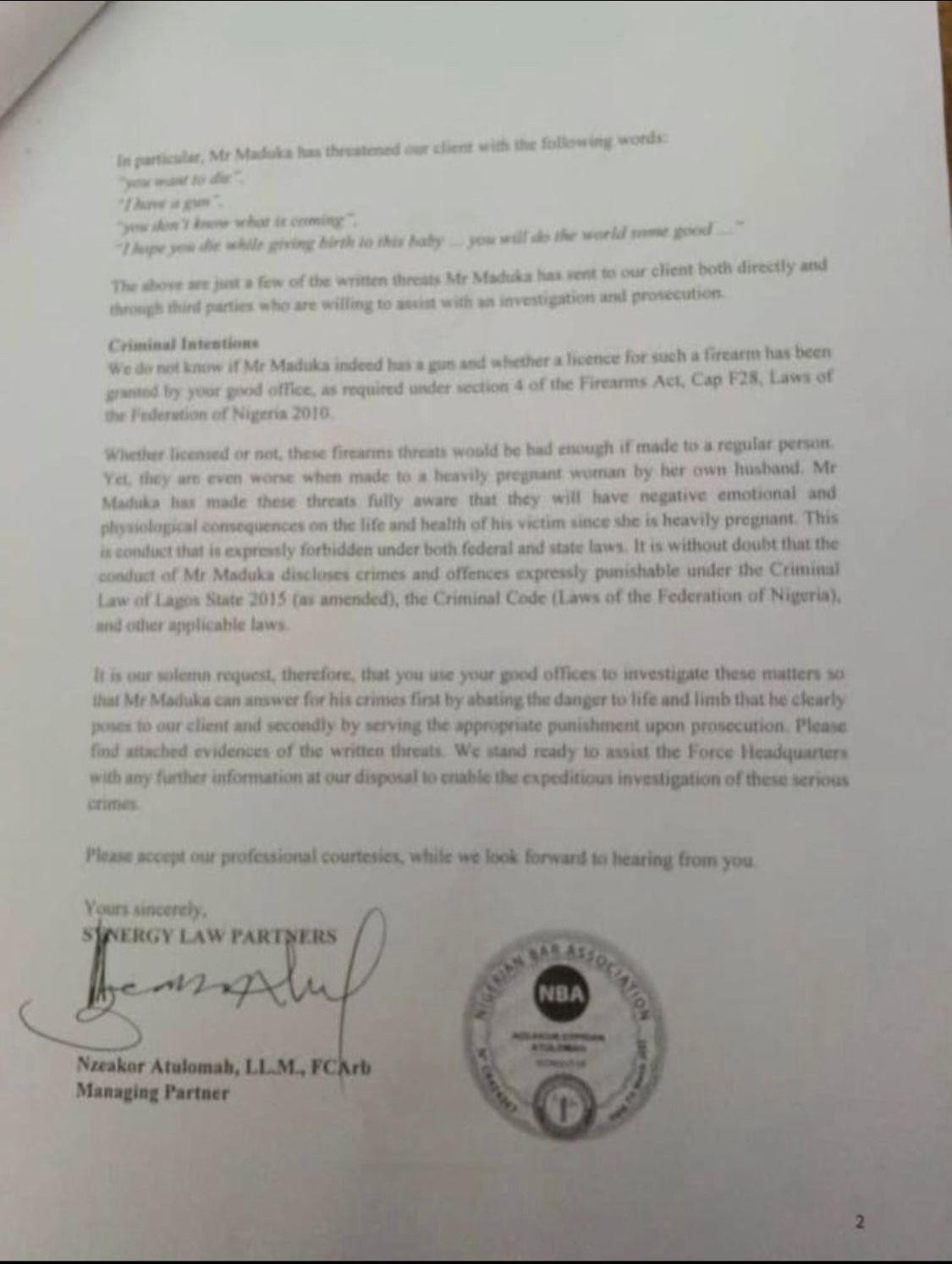 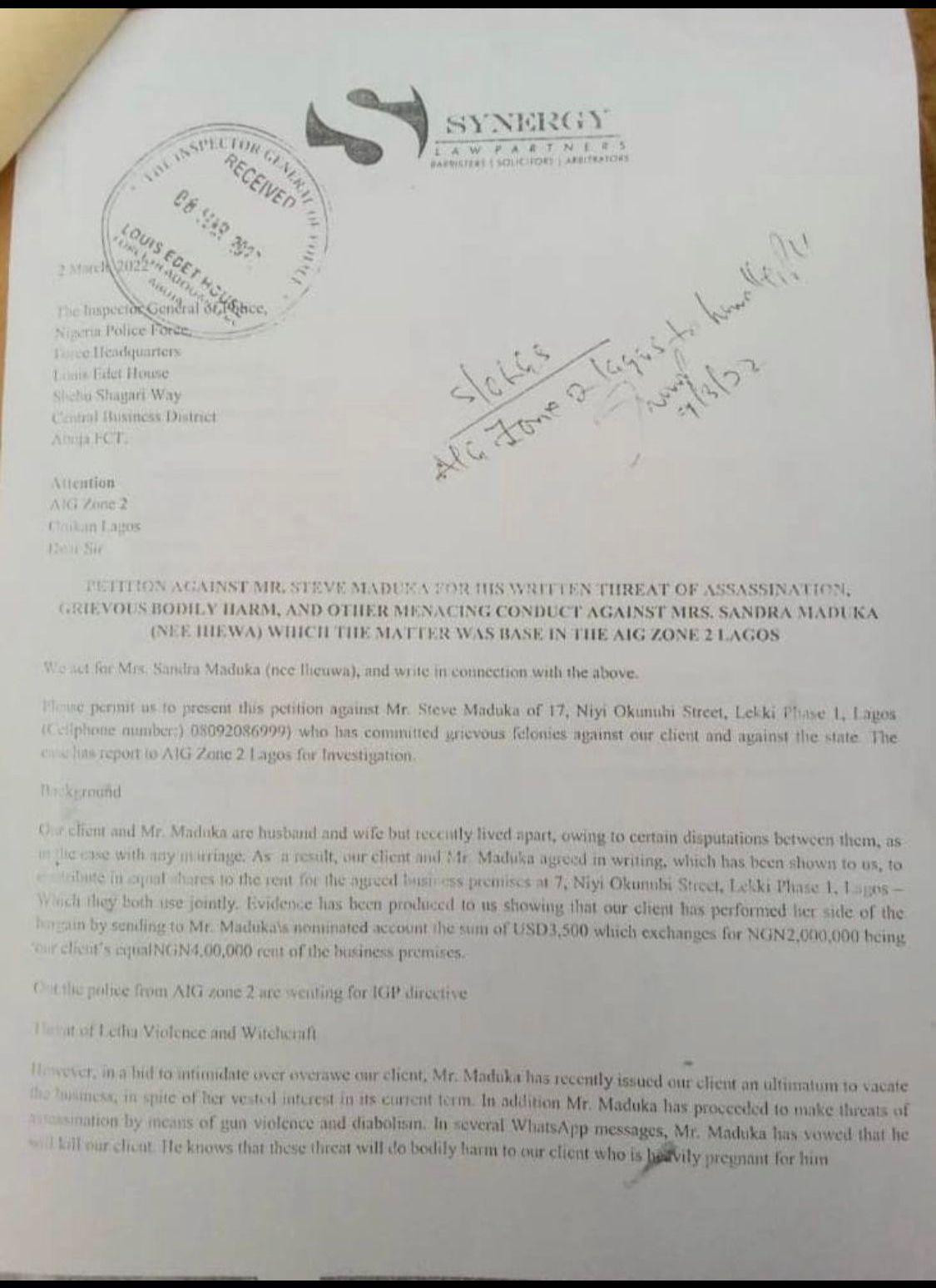