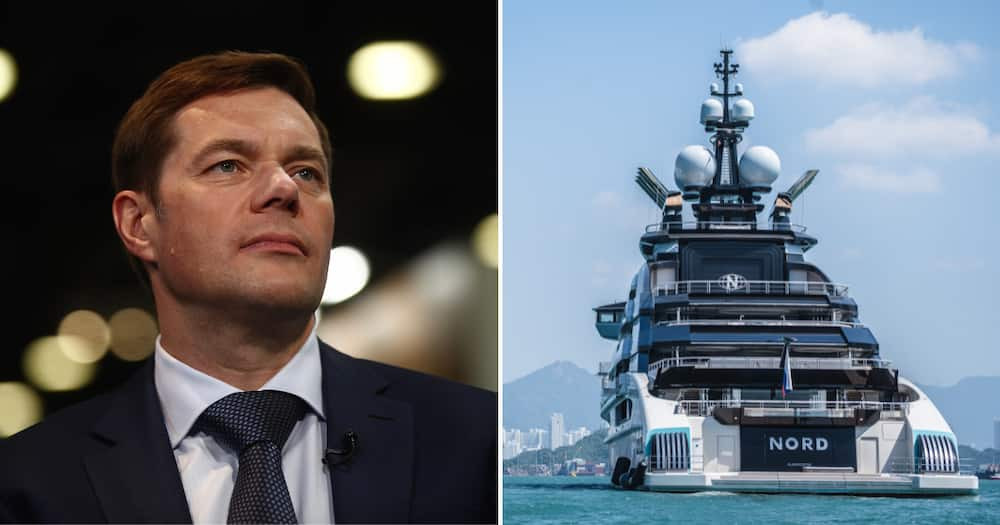 The South African government has refused to seize a superyacht belonging to a sanctioned Russian oligarch attempting to dock in Cape Town.

The $500million superyacht belongs to Alexey Mordashov, a 57-year-old billionaire named in the Pandora Papers, who owns the Russian mining companies Nordgold and Severstal. Last year, Forbes ranked Mordashov as the 51st richest person in the world with a net worth of $13.2billion. He has lost around £10billion since the start of this year due to western sanctions against him and his business interests.

A South African spokesperson explained that the country will not sanction Mordashov because there is ‘no reason’ to comply with Western sanctions.

‘South Africa has no legal obligation to abide by sanctions imposed by the US and EU,’ said Vincent Magwenya, spokesman for South Africa’s president. ‘We have no reason to prevent their entry into South Africa.

‘South Africa’s obligations with respect to sanctions relate only to those that are specifically adopted by the United Nations. Currently, there are no UN-imposed sanctions on the particular individual.’

According to Mail Online, members of the African National Congress party, which governs South Africa, were observers in sham referendums held in regions of Ukraine last month as a pretext for annexing occupied territory in the east of the country.

The ANC has strong historical ties to the former Soviet Union, which trained and supported its forces during South Africa’s apartheid era.

But Geordin Hill-Lewis, the mayor of Cape Town, said he doesn’t want his city to become a safe harbour for Russians fleeing sanctions from the West.

He said South Africa has a ‘moral duty to protest unjust war,’ according to The Times.

Hill-Lewis, part of the opposition Democratic Alliance party, has urged the government to block the superyacht from docking, posting on Twitter that there should be ‘no place’ for ‘enablers of Putin’s war’.