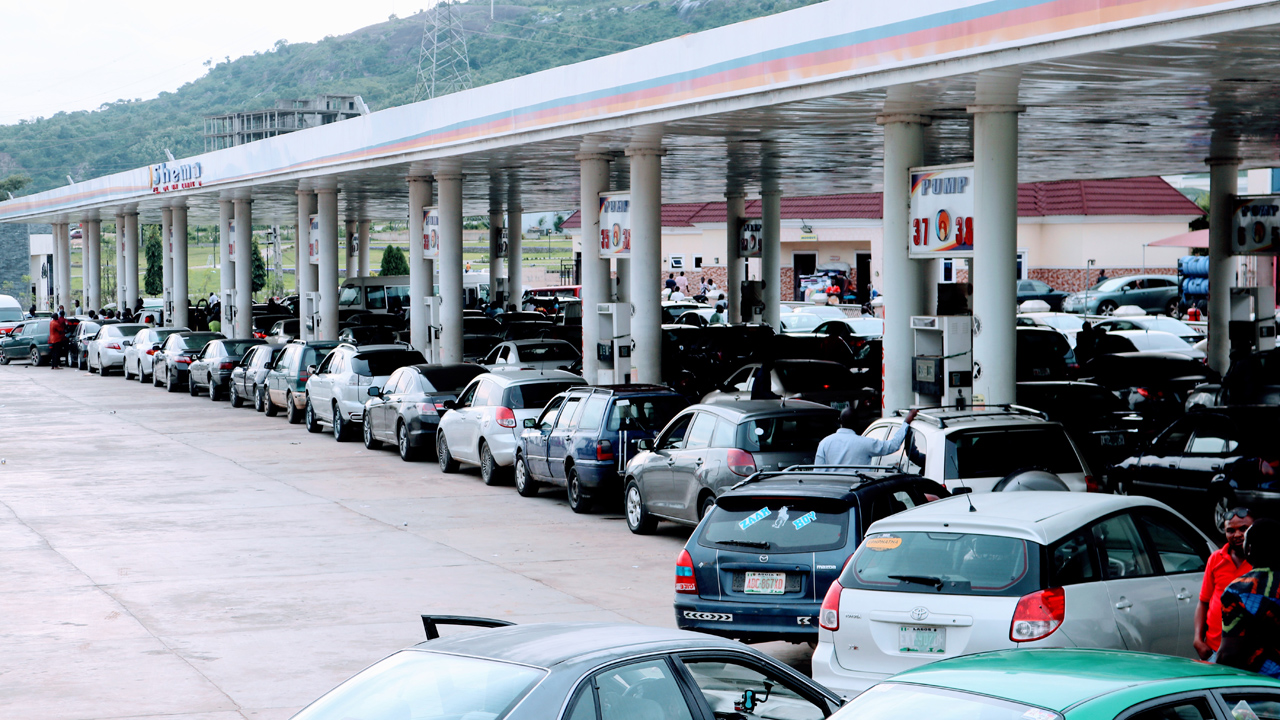 There are indications that President Muhammadu Buhari, who doubles as the Minister of Petroleum Resources, and key members of agencies in the oil sector, especially the Nigerian National Petroleum Company (NNPC) Limited, have questions to answer over subsidy scandal standing at about N200.8 billion monthly amid the return of petrol queues across the country.

Although NNPC had said the country is currently consuming about 66 million litres of Premium Motor Spirit (PMS) daily, adding that the subsidy on consumption will stand at N3.4 trillion in a year, The Guardian investigations have revealed that only about 35 million litres is consumed daily in the country, leaving a whopping 31 million litres in contention.

The Guardian gathered that a system, developed by the defunct Petroleum Equalisation Fund (PEF), the World Bank and Federal Government to track the near exact quantity of consumption is being frustrated to take off.

“FG has a tracking system it created but some of the regulators and operators are frustrating its take-off,” a source, who pleaded anonymity, told The Guardian.

With the country now submerged in debt as oil revenue dries up, it was gathered that President Buhari, who is on the final lap of his eight-year tenure, wants the Minister of State for Petroleum, Timipre Sylva, to ensure that the figures are reconciled urgently as part of measures to shore up the revenue base of the country.

“It’s a far cry from the 66 million figure NNPC and others are bandying around. The actual figure is between 32 and 35 million litres per day. That is why government is really concerned about getting the actual figure,” another source familiar with the report told The Guardian.

The Group Chief Executive Officer of NNPCL, Mele Kyari, had told Nigerians that with the exchange rate, moving steadily from N195.5 per dollar to  N390.6 to a dollar, on average, shipping cost doubled, therefore, the landing cost of PMS moved from N87 per litre in 2015 to about N327.68 per litre.

“When you compare it to what we sell, you have a N209 on every litre. When you multiply the N209 per litre with an average of 66.7 million litres, you are talking about N3.4 trillion subsidy for the year,” Kyari, who was represented by the company’s Chief Financial Officer, Umar Ajia, said.

Nigeria’s petrol consumption figure has always remained contentious any time subsidy is being paid and it is usually different from the claims on bridging, which is being paid by the Nigerian Midstream Downstream Petroleum Authority (NMDPRA).

While the figure was last week questioned by the former governor of Central Bank, Lamido Sanusi, amid backlash from renowned entrepreneur, Atedo Peterside and the governor of Kaduna State, Nasir el-Rufai, The Guardian gathered that an independent audit of actual consumption in the country stands at 35 million litres per day.

Earlier in September, the Nigeria Customs Service (NCS) also questioned the claim that the country consumes 60 million litres of petrol daily as the Comptroller-General, Hameed Ali, said: “I remember that last year we spoke about this. Unfortunately, this year, we are talking about subsidies again. The over N11 trillion we are going to take as debt, more than half of it is going for subsidy. The issue is not about the smuggling of petroleum products. It is about our consumption figures and I have always argued this with NNPC.

“To smuggle about 31 million litres of petrol daily from Nigeria into neighbouring countries, it means that about 91 tankers are evading checks by Customs, NMDPRA and other associations across the ports and land borders as there are no product pipelines linking neighbouring countries to Nigeria.

“By implication, it is easier to sit in an office and change consumption figures than to smuggle the products.”

For any truck to load PMS out of the depot, a member of Petroleum Products Marketing Company (PPMC), and NMDPRA as well as other stakeholders must ascertain the destination. NCS and security operatives must also ensure products do not cross the border, in what stakeholders see as a compromise between oil marketers, regulator and other agencies manning depots and borders, amid dismal accountability and lack of transparency.

“I’m not going to vouch for anybody. One thing I know is that if you are our member, you cannot easily bend the law and do what you want. Because we have monitors and checks and balances, where our petroleum products pass through. We are encouraging the Federal Government to completely stop the proliferation of petroleum products and find a check for smuggling.

“You cannot take products out of this country unless you want to blow up the whole of your tanker. We track and see the products in our control rooms,” he said.

Nigerian Association of Road Transport Owners (NARTO), which hauls over 80 per cent of the products across the country, also denied involvement in smuggling the product.

An energy expert, Henry Adigun, said irregularities are feasible in any system, which operates like the current subsidy scheme in the country. Adigun insisted that while he is not convinced about the figures until an independent audit is possibly done, there was a need to deregulate the system.

He added that Nigeria would be able to attract investment and save a lot of money in foreign exchange if the right thing is done in the downstream segment of the market.

A civic society organisation, Policy Alert, said the continuous payment of subsidy on PMS is unacceptable, insisting that the country is fostering corruption through the scheme.

Executive Director of Policy Alert, Tijah Bolton-Akpan, said: “We are discussing the removal of a subsidy that no one knows for sure how much it amounts to. How much exactly will you be removing when you eventually come around to deregulate?

“The problem really is that because corruption has dogged all efforts at fixing our refineries over the years, it defies every logic that we could be a super-producer and still be here talking about the economics of spending nearly a trillion naira in just over two years for just freighting refined products back home for domestic consumption. How can you be a yam titleholder and be depending on other people to eat pounded yam?”

An energy lawyer, Madaki Ameh, said the entire subsidy regime remained a monumental scam designed to fleece Nigerians and enrich the few who are entrenched in it.

According to him, apart from the fact that subsidy is a self-inflicted injury, the consumption figures are perennially inflated so as to increase the payouts from subsidy, which then ends up in private bank accounts locally and internationally.

“It is quite shameful that there is so much crass mediocrity being exhibited everywhere in the Oil and Gas industry, which is supposed to be a specialised and technical industry. Persons who have no interest in Nigeria are incharge of policy formulation and implementation in this all important sector, and this is quite shameful,” Ameh said.