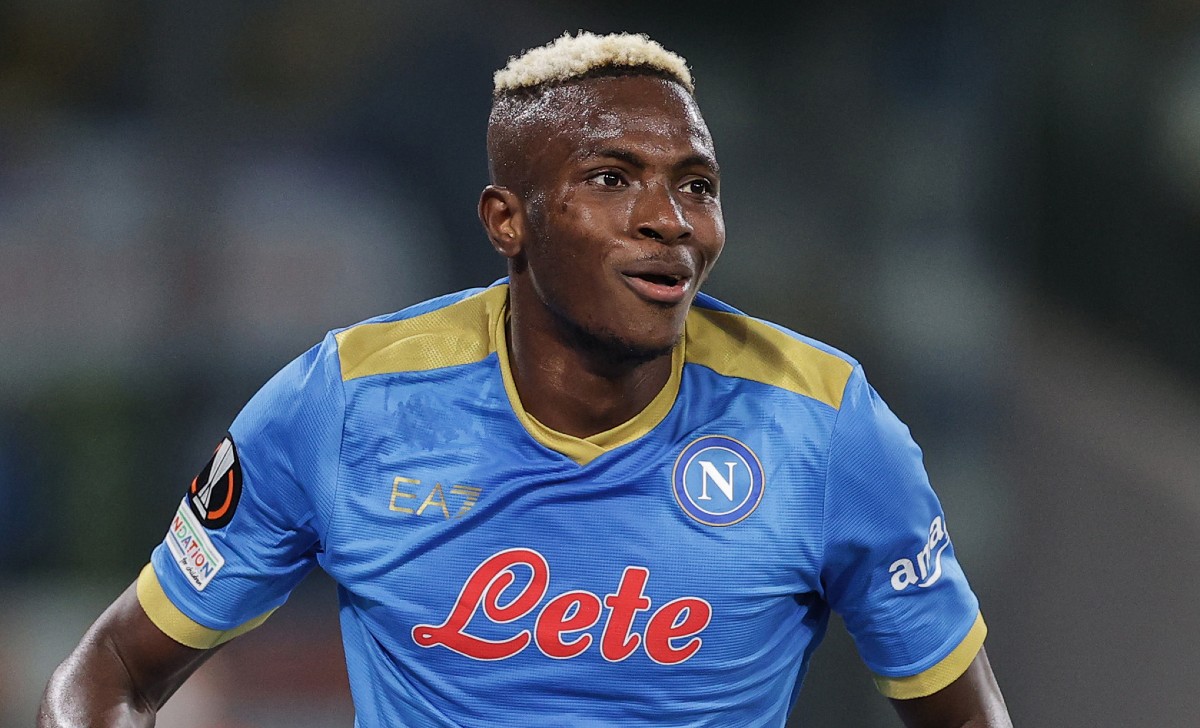 Victor Osimhen continued his red-hot return from injury with a hat-trick in Napoli’s 4-0 win over Sassuolo which sent his team six points clear at the top of Serie A on Saturday.

Nigeria forward Osimhen struck twice in the first 19 minutes in Naples and then dinked home his third with 13 minutes remaining to ensure Napoli extended both their club-record winning streak to 13 matches and their lead on champions AC Milan, who face Torino on Sunday.

The 23-year-old has burst back into the team after over a month out with a thigh injury, rattling in six goals in his last four matches between Serie A and the Champions League.

Saturday’s clinical display of finishing took his league tally this season to seven goals in eight appearances and moved him level with Bologna’s Marko Arnautovic at the top of the scoring charts.

His first two goals were laid on by Khvicha Kvaratskhelia, this year’s revelation who also netted the third in an exciting performance on the day Napoli celebrated late club icon Diego Maradona’s 62nd birthday, which would have been Sunday.

Georgia winger Kvaratskhelia has scored eight times and set up eight more since arriving in the summer and plays for Napoli with the kind of zest and freedom which few have since Maradona fled Italy in disgrace in the early 1990s.

Luciano Spalletti’s team are still unbeaten and have netted 50 times in all competitions, and are starting to look like the real deal, a team which could end Naples’ 32-year wait for the league title.