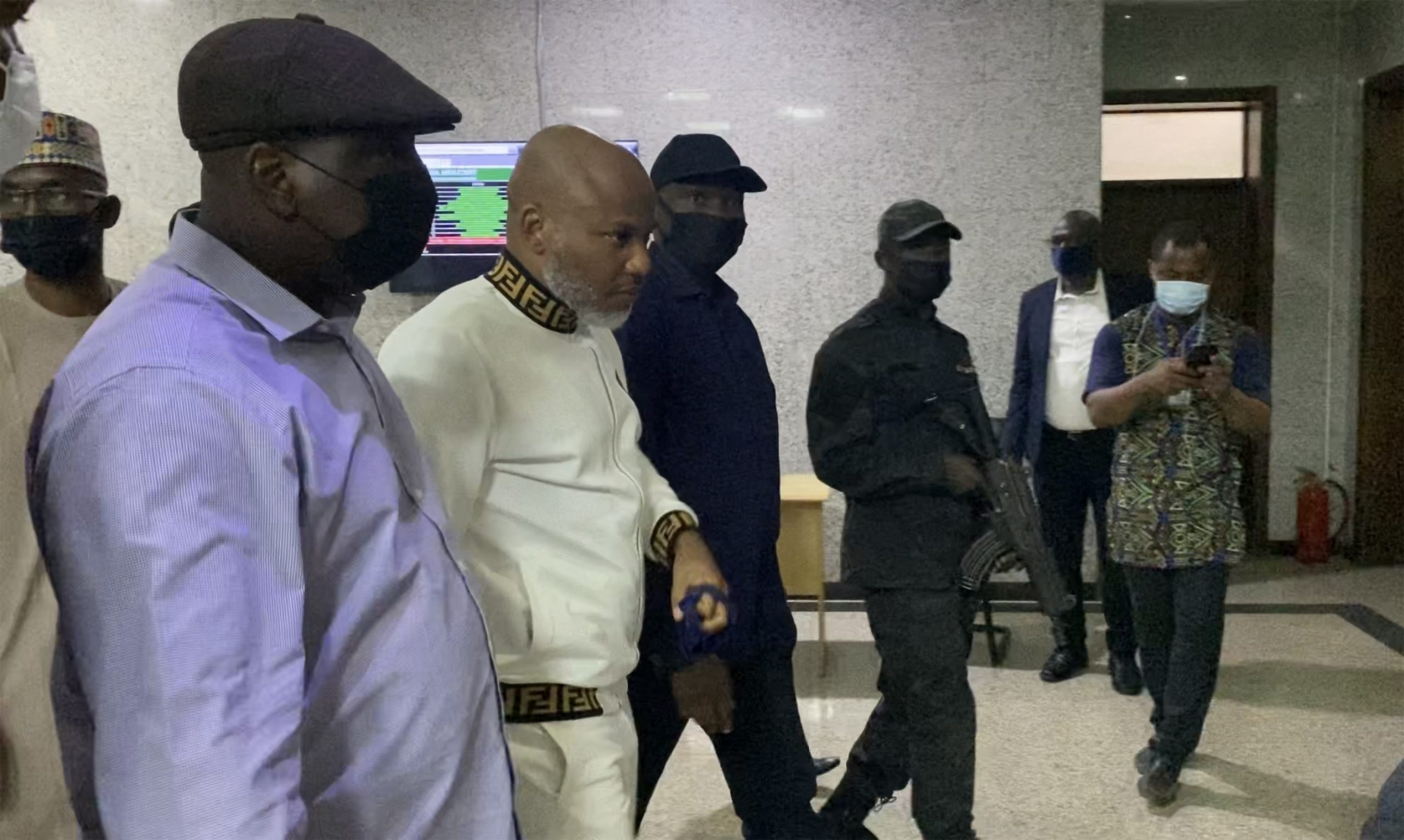 South-East Governors Forum says it will seek political solution to the release of Nnamdi Kanu, the leader of the Proscribed Indigenous People of Biafra (IPOB) currently in detention.

The governors disclosed this in a communique’ issued at the end of the forum’s meeting held at the Government House, Enugu on Sunday.

According to them, we are watching with keen interest, the developments with respect to the case of Mazi Nnamdi Kanu viz-a-viz the Appeal Court rulings. Political solution is still possible in this circumstance.

The News Agency of Nigeria (NAN) reports that the governors are meeting for the first time this year as they met last in October 2021.

The forum however, decried the state of insecurity in the region, stating that economic activities have come to a halt in the zone while kidnapping and wanton killing had become the order of the day.

“We call on the Federal Government to come to our aid in providing security in the zone bearing in mind that elections are around the corner.

“We have also agreed to set up a 24-hour Joint Patrol in all major highways within the Southeast, especially during the Christmas season,” the communique’ said.

The governors however, denied creating Eastern Security Network (ESN) but jointly formed Ebubeagu and Forest Guards to provide security for the region.

“It is not correct for any person to allude to the fact that South East Governors created ESN.

The governors commended states and the Federal Governments on efforts to alleviate the sufferings of victims of the recent flood menace in the country.

“We hope, however, that long term solution is desirable. South East Governors have decided to put funds together to further assist the victims of flooding in our five States in the South East.

“We also plead with the Federal Government to please initiate action in the dredging of rivers in the South East, to ameliorate the destruction of houses, farmlands and properties.

“The Federal Government should come to the aid of the victims in terms of rehabilitation of the internally displaced persons,” the governors appealed.

The meeting was attended by Gov. Dave Umahi of Ebonyi State, Okezie Ikpeazu of Abia, and host governor, Ifeanyi Ugwuanyi.