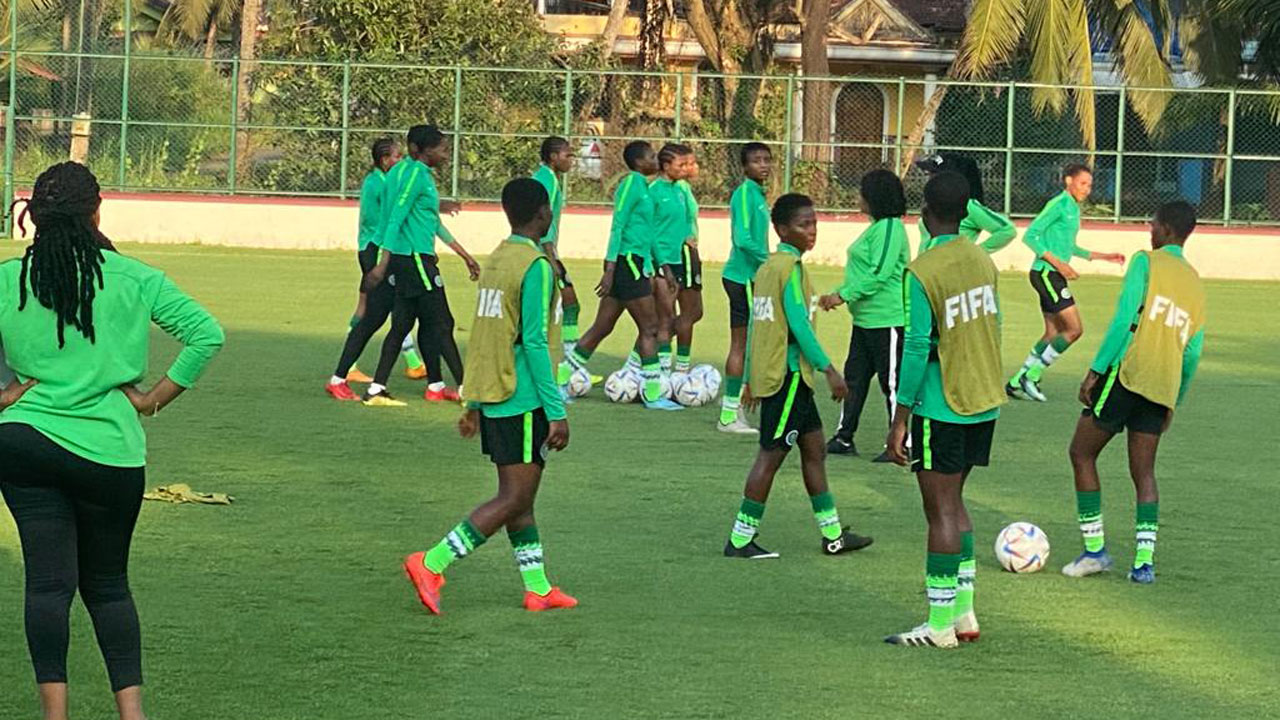 When the Nigerian U-17 women national team confront their Colombian counterparts in the semifinal of the ongoing FIFA U-17 Women World Cup in Goa, India, tomorrow, the girls will not lack support from the stands.

Yesterday, Nigeria Football Federation (NFF) revealed that its president, Alhaji Ibrahim Musa Gusau, has mobilised support for the girls, who are looking for their first appearance in the final of the competition.

According to thenff.com, “the NFF boss, who has spoken with the players and officials severally during their earlier games in the tournament, will physically witness the semifinal showdown at the Pandit Jawaharlal Nehru Stadium in Goa.”

The match will start by 12.00 p.m. Nigeria time (4.00 p.m. Indian time) with the second semifinal between Germany and Spain to kick off three-and-half hours later.

Victory over Colombia – who defeated the only other African team to make the knockout stage, Tanzania 3-0 in the last eight – will shoot the Flamingos into Sunday’s final.

The Flamingos’ odyssey in India has had an uncanny resemblance to that of the Nigeria U-20 girls, Falconets in Germany 12 years ago, at least from the quarterfinal stage.

In 2010, in what was the first international tournament for any Nigerian team under the presidency of Alhaji Aminu Maigari, the Falconets had beaten the United States 4-2 in a penalty shootout in a FIFA U-20 Women’s World Cup quarterfinal after both teams tied 1-1 in regulation time in Augsburg.

Four days later, a second minute goal by Ebere Orji at the Bielefelder Alm in the city of Bielefeld condemned Colombia to defeat in the semifinal, and the Falconets squared up to Germany in the final.

“The Flamingos are the first Nigeria team to be involved in a tournament during the presidency of Alhaji Ibrahim Musa Gusau. They have beaten the United States in a penalty shootout after 1-1 draw in a World Cup quarterfinal, and now await Colombia in the semifinals.

“It is also remarkable that Germany, Nigeria’s opponents in the final in Germany 12 years ago, are also in the semifinals in India. They play Spain in the second semi-final on Wednesday,” the federation said.

RELATED  A growing push to fix pulse oximeters' flawed readings in people of color: 'This can be dangerous'