Like many around the world, Iceland’s prime minister delved into her hobby during the pandemic. Now, the crime novel she co-wrote with one of Iceland’s most popular authors has just been published. 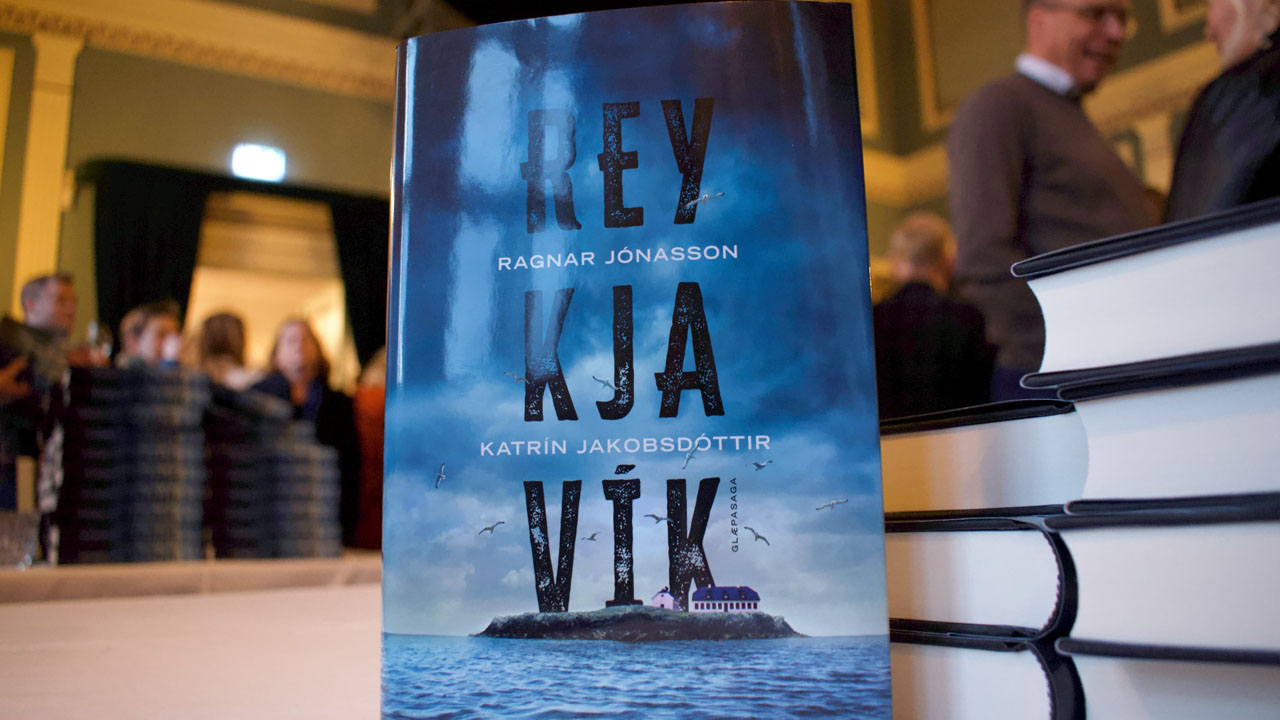 The cover of the thriller book “Reykjavik”, co-written by Iceland’s Prime Minister Katrin Jakobsdottir and Icelandic author Ragnar Jonasson, one of the most popular crime writers in the world, is pictured during the official release of the book at the culture house Idno in downtown Reykjavik, Iceland, on October 25, 2022. – “Reykjavik” tells the story of a cold case involving a teenage girl who went missing 30 years ago in Videy, a small island near the Icelandic capital. Valur, a journalist at a local tabloid, dives into the case to pick up the trail. (Photo by Jeremie RICHARD / AFP)

Like many around the world, Iceland’s prime minister delved into her hobby during the pandemic. Now, the crime novel she co-wrote with one of Iceland’s most popular authors has just been published.

“Obviously, this is not something that I thought I would have any time to do”, 46-year-old Prime Minister Katrin Jakobsdottir told AFP at an event this week for the book’s launch.

RELATED  [Devotional] IN HIS PRESENCE: Are you called to be a Levite?

But it was “quite liberating to be working on this project during Covid”, she said. “I don’t have any other interests, this is my interest”, she added with a laugh.

Entitled “Reykjavik”, the thriller is written with Ragnar Jonasson, bestselling author of the “Dark Iceland” series, and is set in 1986, an important year in Iceland’s modern history.

The idea that a head of government would have enough spare time to write a novel may sound absurd in most countries, but not in Iceland.

The nation of 375,000 people has a strong tradition of reading and writing literature, with one in 10 Icelanders publishing a book in their lifetime, according to statistics.

And it’s not a first for a serving prime minister either: Jakobsdottir’s predecessor David Oddsson published a novel in 1997 while he was in office.

– A ‘therapeutic genre’ –
“I think every politician needs to have something to take his or her mind from the daily business of politics”, Jakobsdottir said.

She holds a Master of Arts from the University of Iceland in Icelandic literature. Her final thesis was on the work of popular Icelandic crime writer Arnaldur Indridason.

“I have been reading crime fiction all my life, so it is kind of in my DNA”, she said. “I read fiction every day.”

Crime fiction in particular was “a little bit like psychotherapy”, she added.

“It’s really about solving crimes and finding justice, so it’s a very therapeutic genre for me”.

The idea for Jakobsdottir and Jonasson to write a book together came about in January 2020 over lunch.

“I was a bit surprised at first that she agreed to this suggestion because she is very busy”, said Jonasson.

The two are old friends, and had served together on a jury 10 years ago to select the best crime novel translated in Iceland.

It took them two years to write their book, with Jakobsdottir’s busy agenda often setting the pace.

“We had to schedule calls and plan meetings in between when she was meeting (former British prime minister) Boris Johnson one day and (French President Emmanuel) Macron the other”, recalled Jonasson.

“It was quite surreal for me to work in this environment”, said the 46-year-old who has sold three million books worldwide.

– ‘Reminiscent of Agatha Christie’ –
Jonasson, who is used to writing alone and having total control, said the experience of collaborating with someone else was better than he had expected.

“It was refreshing to have someone else that you had to compromise with”, he said.

“Reykjavik” tells the story of a cold case involving a teenage girl who went missing 30 years ago in Videy, a small island near the Icelandic capital. Valur, a journalist at a local tabloid, dives into the case to pick up the trail.

The events unfold in 1986, as Reykjavik celebrates its 200th anniversary, launches its first commercial radio and television stations, and hosts a historic summit between US president Ronald Reagan and Soviet leader Mikhail Gorbachev.

“We thought all of these events together would create the best background for a story”, said Jonasson. He and Jakobsdottir did a lot of research to add details to the plot, such as popular music, TV shows and movies from the time.

Jakobsdottir expects critics to be tough on her.

“I think I can deal with that. I have experience as a politician, so it’s quite okay.”

But Egill Helgason, who has hosted the book show “Kiljan” on public broadcaster RUV for 15 years, said he found the thriller “well written and well researched”.

“This is a mystery, not a blood-dripping horror story.”

Published in Iceland on October 25, “Reykjavik” is set to be translated into several languages. It is due out in Britain and the US in August 2023, and in France, Jonasson’s biggest market, in the autumn of 2023.