How Pastor Adeboye named me Abraham, father of the nation – Tinubu 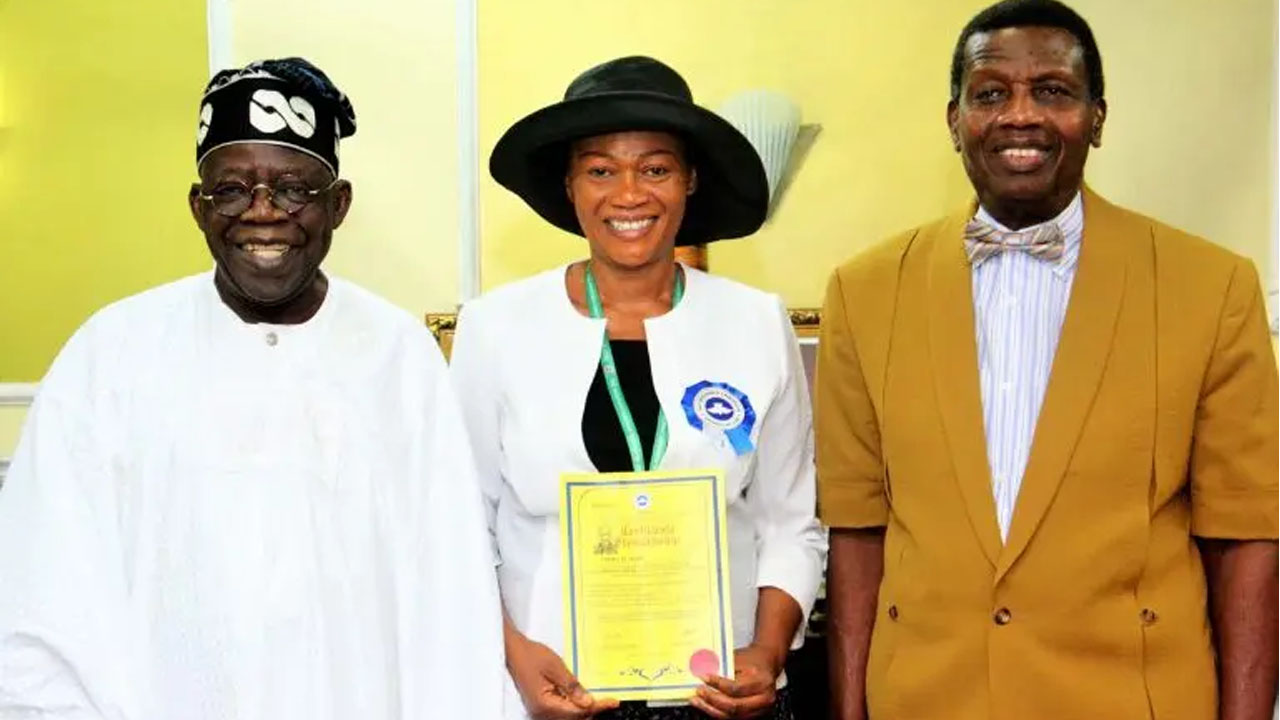 Presidential candidate of the All Progressives Congress (APC) Bola Tinubu said he was christened Abraham by the general overseer of the Redeemed Christian Church of God (RCCG) Pastor Enoch Adeboye.

Tinubu made the disclosure during a meeting with the Christian community and members of the Christian Association of Nigeria (CAN) in Kano State on Monday.

“The day my wife was ordained Pastor in the Redeemed Church, I was there,” Tinubu said. “Pastor Adeboye gave me Abraham, I said what is the meaning? He said watch out, the father of nation.”

Tinubu, a former Lagos State governor, made the statement in defence of his decision to pick former Borno State governor Kashim Shettimma, a Muslim like himself as running mate. This caused outrage in the Nigerian political scene ahead of the 2023 presidential election.

The APC presidential candidate’s wife, Remi, was ordained a pastor in RCCG in August 2018 – which Tinubu referenced as proof of his religious tolerance to appeal for support from the Christian community.

In June, CAN announced that it opposes the APC Muslim-Muslim ticket for the presidential election, citing imbalance and insensitivity to religion in Nigeria.

Amid meetings and dialogues with members of the APC, CAN insist that it will not support the same faith presidential ticket presented by the APC for the 2023 election.

“For the umpteenth time, CAN reiterates that it is non-partisan, but remains willing to partner with all leaders and other relevant stakeholders to achieve unity, peace and progress in our nation,” Luminous Jannamike, a spokesperson to CAN president Daniel Okoh said in a statement”

“Consequently, the umbrella Christian organisation cannot be antagonistic to any well-meaning political party or group as the nation warms up for a fresh round of elections in 2023 as claimed in the said report.

Jannamike’s statement was in reaction to media reports that Tinubu, who was a guest at Rev. Matthew Hassan Kukah’s 70th birthday in Abuja, had convinced CAN leadership to support his bid to succeed President Muhammadu Buhari.

“To say the least, the story is ridiculous, malicious, untrue and should be disregarded in its entirety by all reasonable members of the society,” Jannamike said.