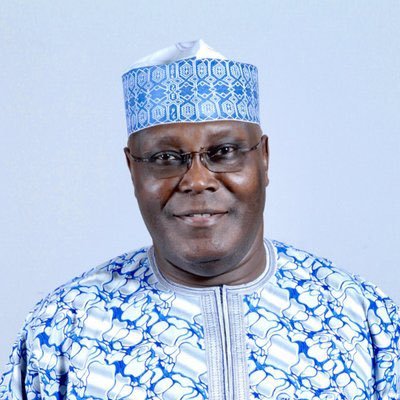 The Attorney General and Commissioner for Justice, Benue State, Michael Gusa, has said that the people of the state have every reason to be angry with the presidential candidate of the Peoples Democratic Party, PDP, Alhaji Atiku Abubakar.

Atiku had during the presidential interactive session organised by the Arewa Joint Committee held in Kaduna reportedly said: “I am angry with Governor Ortom for profiling Fulanis as bandits and terrorists because I am a Fulani.”

“It is not all about the governor, it is about Benue State and this derives its strength from the provisions of the 1999 Constitution as amended in Section 4(5). Given the enormity of the powers of the state that are conferred on the governor by virtue of his election, the governor is holding power in trust for the state, and whatever he does is for the people. He is the mouthpiece of the people.

“That is why when he came in as governor and saw the killings by armed Fulani militia, the House of Assembly followed due process and made a law, the Anti-open Grazing Law, which is being implemented in the state. And with all the killings going on in the state a particular group comes up to own up(to it), after rejecting the law and attacking the citizens. Because of that the governor has been calling for help over the matter and if he does that you cannot say he is profiling the Fulani.

“Our governor is not profiling the Fulani. The Miyetti Allah has come out to claim responsibility for the killings in the state and had even taken us to court because of the law which was made to bring peace and order between crop farmers and herders. So I do not see any reason why anybody should be angry with our governor. If you are angry with the governor it means you are angry with the people of Benue State. And an attack on the governor is an attack on the people of Benue State in general.

“So it is unfortunate and uncalled for, for the presidential candidate of our party the PDP, to have made the statement against the governor of a state that has been helpless all along and kept complaining that these terrorists were coming from Senegal, Mali, Libya and other countries. It is important to note that in this government we have appointees who are Fulani, which shows that Governor Ortom and Benue people have nothing against Fulanis who live with us.

“So I advise the presidential candidate to come to Benue State and reassure the people and apologise, because from his statement he has made Benue people odious to the rest of the country. He is profiling the governor and exposing him to ridicule, blackmail and danger because by that his comment he is holding the governor for other people to attack or even kill him. That is the danger, but if he comes out publicly to renounce what he said it will save the situation. It is left for him now to come and explain to us because he is the Zege Mule U Tiv, a very big honorific title, in order to assuage the feelings of the people and placate them.

RELATED  US will send Stryker combat vehicles to Ukraine for first time as part of $2.5 billion security package

“We have had flood here and he has not come to sympathise with us. He has not come to talk to the people and reassure them, telling them what plans he has for them. Because with the comment coming from him, it is clear that he has taken side with the people attacking and ransacking our communities and killing our people. It is for him to come and reassure our people because for us in Benue state we are all behind our governor.”