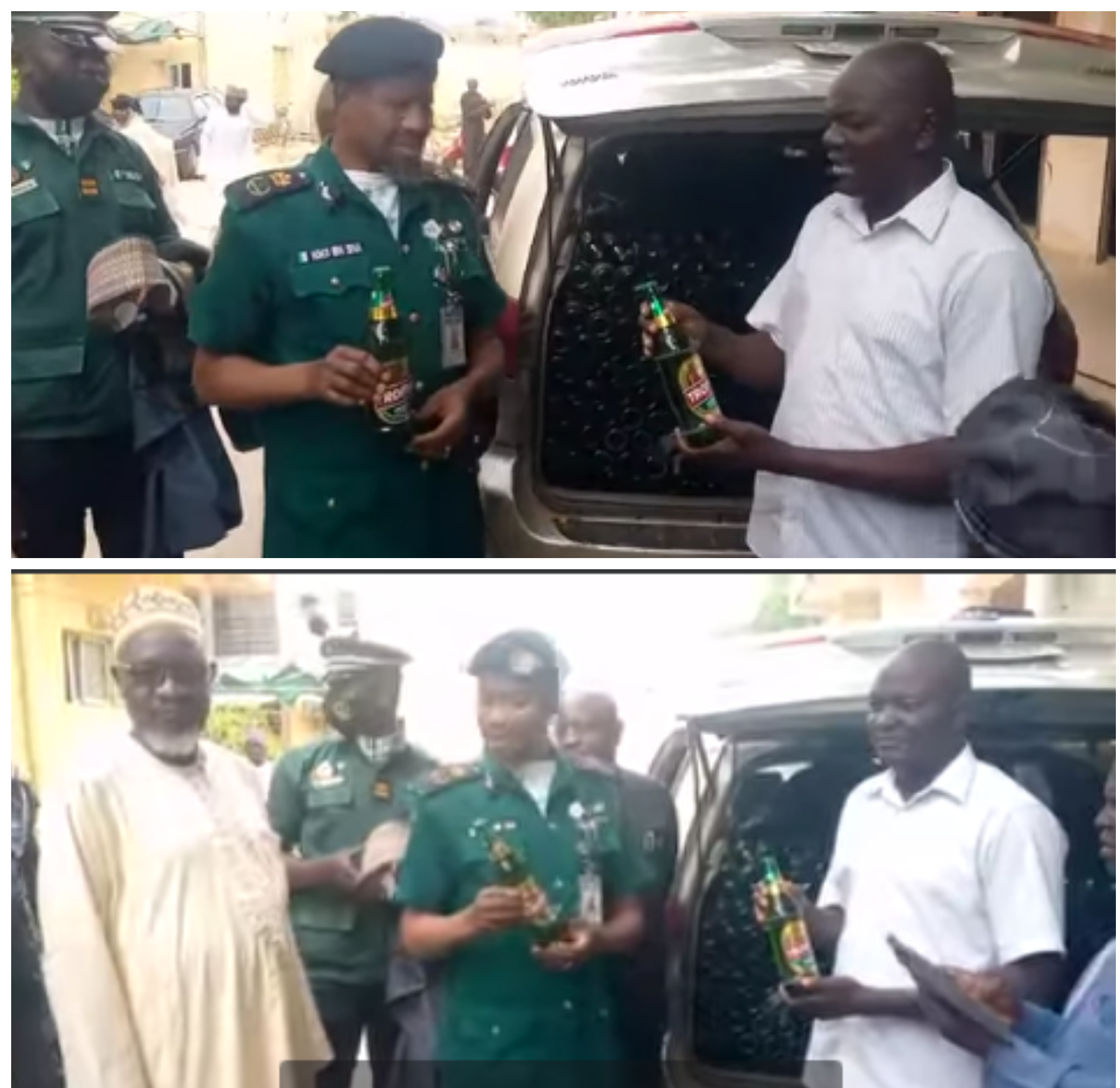 The Kano State Hisbah Board says it has impounded three vehicles laden with 5,800 bottles of beer.

Commander-General of the Hisbah Board, Harun Ibn-Sina, disclosed this on Monday, October 24, 2022, while inspecting the impounded vehicles at the Hisbah office.

The board’s spokesman, Lawan Fagge, stated that the three vehicles were impounded on Sunday.

RELATED  Protests in China send a chill through global markets

Mr Fagge stated that Mr Ibn-Sina commended the anti-intoxicants unit that impounded the vehicles for its efforts at ensuring the stoppage of consumption of alcoholic beverages and harmful drugs in the state.

He assured that the board would not relent in its efforts at sanitising Kano State of all forms of vices, especially drug peddling and abuse.

He directed the Legal Department of the board to follow due process by handing over the consignment to the court for necessary action.

“The board will collaborate with relevant stakeholders to achieve the desired objectives,’’ he stressed.

Earlier, head of the anti-Intoxicants unit, Jamilu Hassan-Yakasai, noted that the three vehicles were impounded while in their attempts to convey beer into Kano.

He said the unit was working in the 44 local government areas of the state to ensure full compliance and strict adherence to laws banning sale and consumption of intoxicants in Kano State.

He stressed that the unit would not relent until beer consumption became history in Kano State.

Ronaldo at 38: Why many consider him the GOAT

Ronaldo at 38: Why many consider him the GOAT