Five-star Arsenal back on top of the Premier League 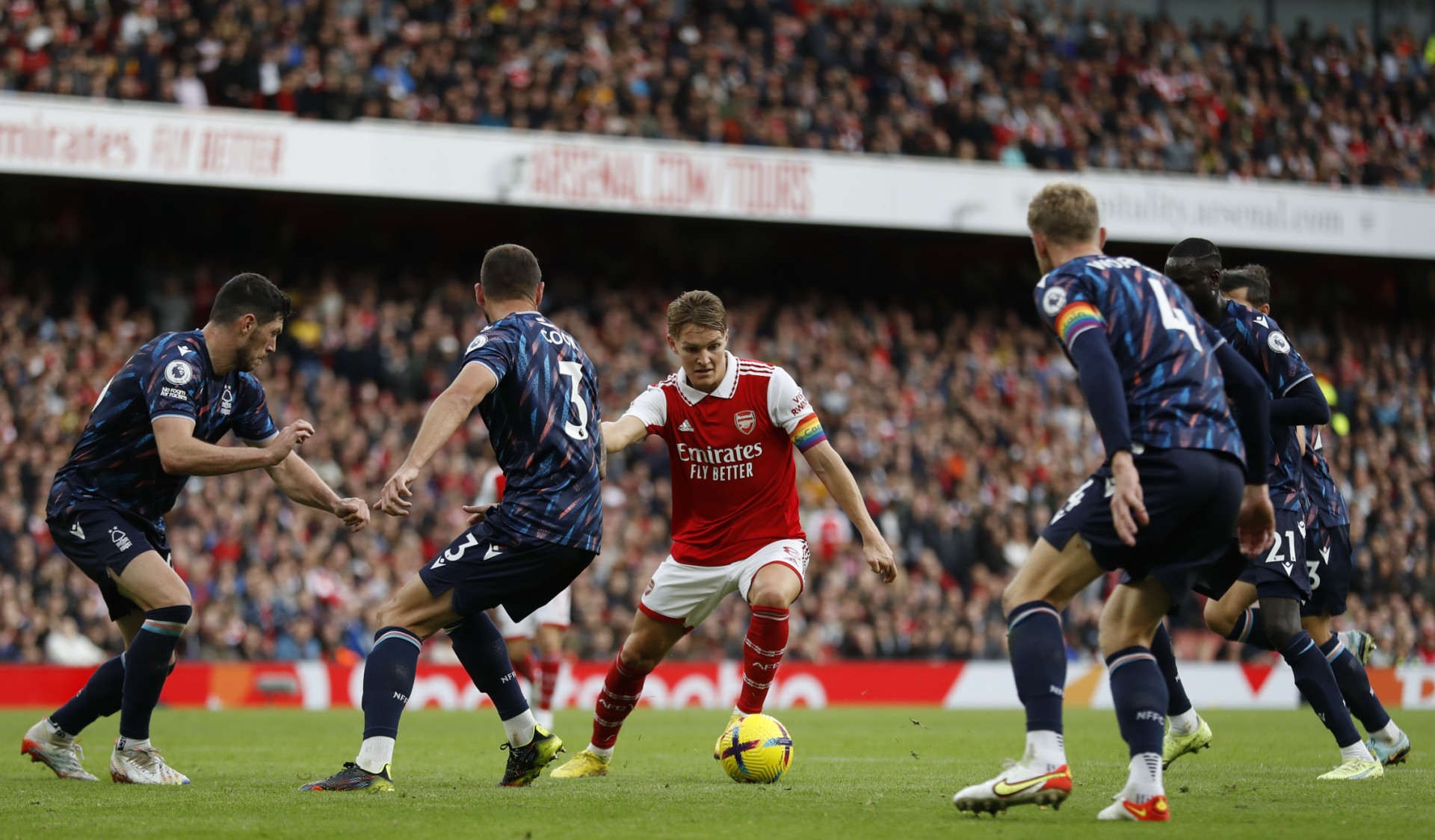 Reiss Nelson was the unlikely hero as Arsenal retook top spot in the Premier League with a 5-0 thrashing of Nottingham Forest on Sunday.

Nelson was introduced for the first time in the Premier League this season after Bukayo Saka was forced off with a concerning injury for England boss Gareth Southgate just weeks ahead of the World Cup.

Saka set up the opening goal for Gabriel Martinelli after just five minutes before being replaced due to an ankle injury.

Nelson struck his first Premier League goal since July 2020 early in the second half to give Arsenal breathing space.

He added a second just three minutes later and then teed up Thomas Partey to curl into the top corner.

Martin Odegaard rounded off a performance that shrugged off doubts over Arsenal’s ability to contend for the title by firing high past Dean Henderson 13 minutes from time.

Victory lifts Mikel Arteta’s men a point above Manchester City at the top of the table.

The Arsenal players came together to show support to teammate Pablo Mari before kick-off.

Mari, who is on loan at Monza, was stabbed during a knife attack in an Italian supermarket this week that left one person dead.

That incident put Arsenal’s bad week on the field into perspective after a 1-1 draw at Southampton last weekend was followed by a 2-0 defeat to PSV Eindhoven in the Europa League.

Any fears that the Gunners were beginning to feel the fatigue of a packed schedule were blown away in a blistering opening.

Martinelli ducked to meet Saka’s inviting cross with his head to open the floodgates.

The Brazilian saw another effort cleared off the line, while Gabriel Jesus, Takehiro Tomiyasu and Odegaard also had chances.

But Saka’s departure is a major worry for Arteta ahead of Arsenal’s trip to Chelsea next weekend.

Forest had begun to find some form on their return to the top flight for the first time in 23 years in recent weeks, including a famous 1-0 win over Liverpool last weekend.

But only towards the end of the first half did they ever threaten to cause the hosts problems as Tomiyasu threw himself in front of Jesse Lingard’s effort.

Nelson quickly settled the game after the break as he blasted past Henderson after his first effort was saved and then turned in Jesus’ cross at the near post.

Partey made it four in style as caressed the ball into the top corner from 25 yards.

Jesus was trying everything he could to end a seven-game goal drought, but had to settle for a second assist as from his pass, Odegaard found the space to fire home the fifth.