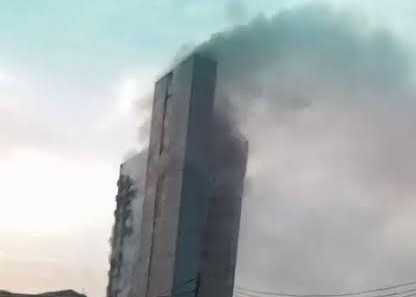 The West African Examinations Council (WAEC) office in Yaba, Lagos was on Wednesday cordoned off following a morning fire on the premises.

A News Agency of Nigeria (NAN) correspondent who visited the scene around 11.00 a.m. after the fire was put out, reports that entry into the building was restricted to visitors, except for express permission given to a few.

NAN learnt that the fire started on the second floor, but details of its cause still remained sketchy.

The council’s, Acting Head, Public Affairs, Mrs Moyosola Adesina, said in a statement that all important documents and records were intact and no life was lost.

She said that the fire occurred in the early hours and was swiftly put under control by a combined team of firefighters.

A source who would not want his name in print said that members of the management were inspecting the affected area.

RELATED  Buhari condemns killing of Raheem, says justice must be done
HottestNaija News (https://staging.hottestnaija.com/) – Latest and trending news in Nigeria & around the globe