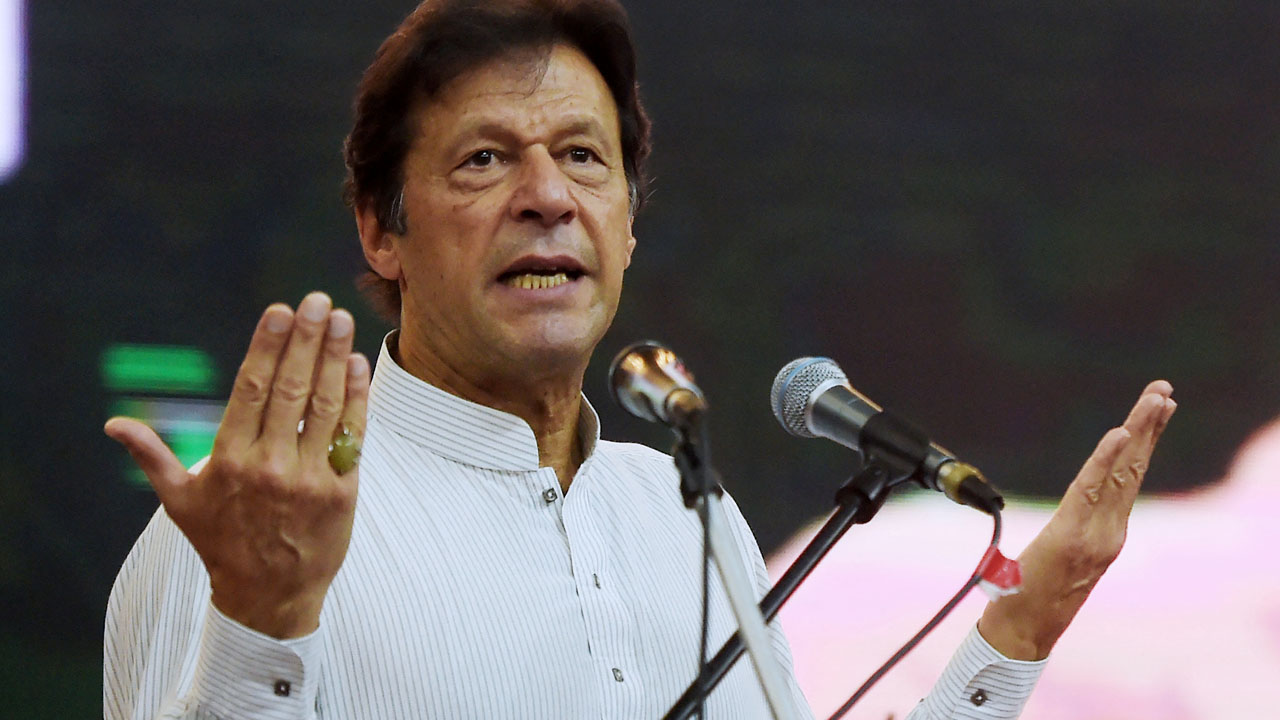 The former international cricket star was booted from office in April by a no-confidence vote after defections by some of his coalition partners, but he retains mass public support in the South Asian country.

Thousands of people are expected to join a convoy that will travel around 380 kilometres (240 miles) from Lahore to Islamabad over the next week, stopping along the way to hold rallies and gather more protesters.

“We need to rid the country of looters and thieves who are taking the country’s money for their own interests,” said Muhammad Mazhar, 36, who arrived in Lahore on Friday to take part.

RELATED  A man went missing from a Carnival cruise ship in the Gulf of Mexico. What happened next might well be a 'Thanksgiving miracle'

“We need to save the country and change this system, so I am supporting Imran Khan.”

Security has already been tightened in the capital, with hundreds of shipping containers positioned at key intersections, ready to block marchers should they try to storm the government enclave.

Clashes erupted between Khan’s supporters and police during a similar protest in May.

– Military influence –
The march comes as the country’s ruling coalition government struggles to revive a floundering economy and deal with the aftermath of devastating floods that left a third of the country under water — and a repair bill of at least $30 billion.

Khan was voted into power in 2018 on an anti-corruption platform by an electorate tired of dynastic politics, but his mishandling of the economy — and falling out with a military accused of helping his rise — sealed his fate.

He has repeatedly rebuked the establishment for attempting to sideline him, and has dodged multiple legal challenges since his ouster.

On Thursday, the head of the country’s main intelligence service and chief of military public relations held an unprecedented press conference where they defended the institutions against Khan’s accusations they were meddling in politics.

Pakistan has been ruled by the military for much of its 75-year history, and criticism of the security establishment has long been seen as a red line.

“I am not afraid of anything including arrest,” Khan said in a video message released Thursday night.

“People want just one role of the establishment… free and fair elections as this is the only way out”.

The establishment has been under further scrutiny this week following the killing of journalist Arshad Sharif by police in Kenya, where he had fled to avoid sedition charges.

Kenyan officials say Sharif’s death was a case of mistaken identity, but it has spawned speculation of a targeted killing and the Pakistan government has ordered an official inquiry.

The funeral of Sharif — a strident critic of Pakistan’s military establishment — was attended by tens of thousands of Khan supporters chanting “Arshad, your blood will bring revolution”.

Khan has held a string of well-attended rallies demonstrating his popularity, and earlier this month won five out of six by-elections.