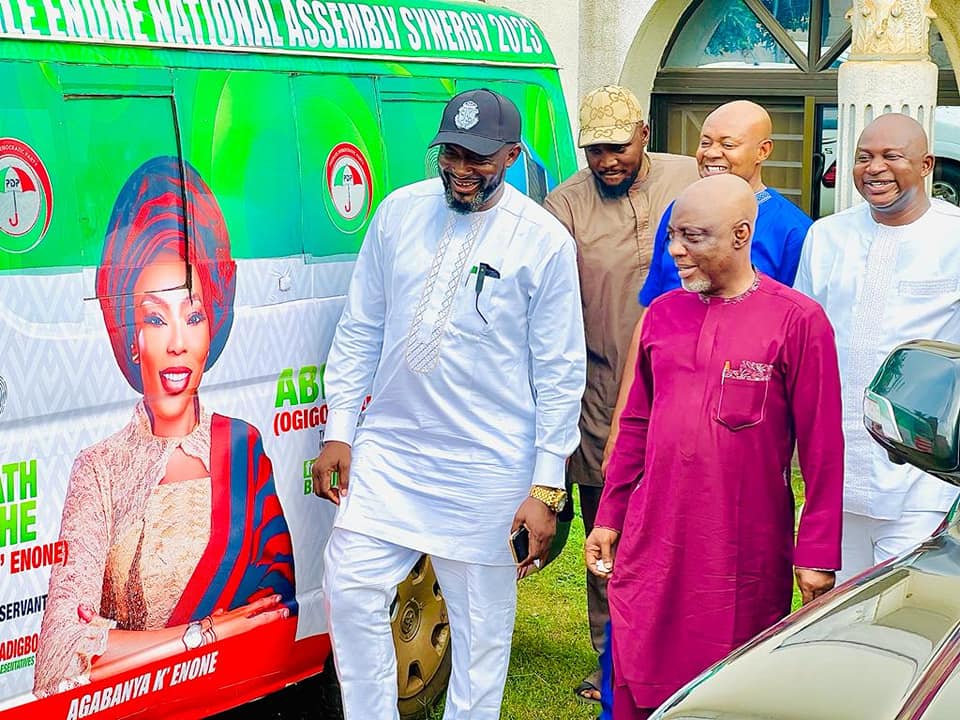 Director-General General of the Aida Nath Campaign Organization (ANCO) and Executive Chairman of Ado Local Government Area of Benue State, James Oche who made the announcement recently has also said, ANCO is set to kick start campaigns for all candidates of the People’s Democratic Party within the Ado/Ogbadibo/Okpokwu.

Mr. Oche stated this recently when the leadership of the Aida Nath Campaign Organization paid a visit to the Senator representing Benue South District, Comrade Abba Moro. Mr. Oche said the official time for campaigns had begun and ANCO was battle ready to hit the ground running.

Oche explained that the mandate of the campaign organization was first to achieve the victory of the unbeatable national assembly synergy of Sen. Abba Moro and its principal, Aida Nath Ogwuche and to, as part of its first line mandate also ensure the victory of all candidates of the People’s Democratic Party.

A visibly elated Senator Abba Moro appreciated the team for the well considered disposition to the campaigns and promised to support the team to ensure its smooth operation. Sen. Moro expressed satisfaction while inspecting the branded Toyota Hiace bus, saying it was fit for purpose.

The support for Hon. Barr Aida Nath Ogwuche, the candidate of the People’s Democratic Party for Ado/Ogbadibo/Okpokwu Federal Constituency has continued to brew in style with men and women across all walks of life joining the Aida train.