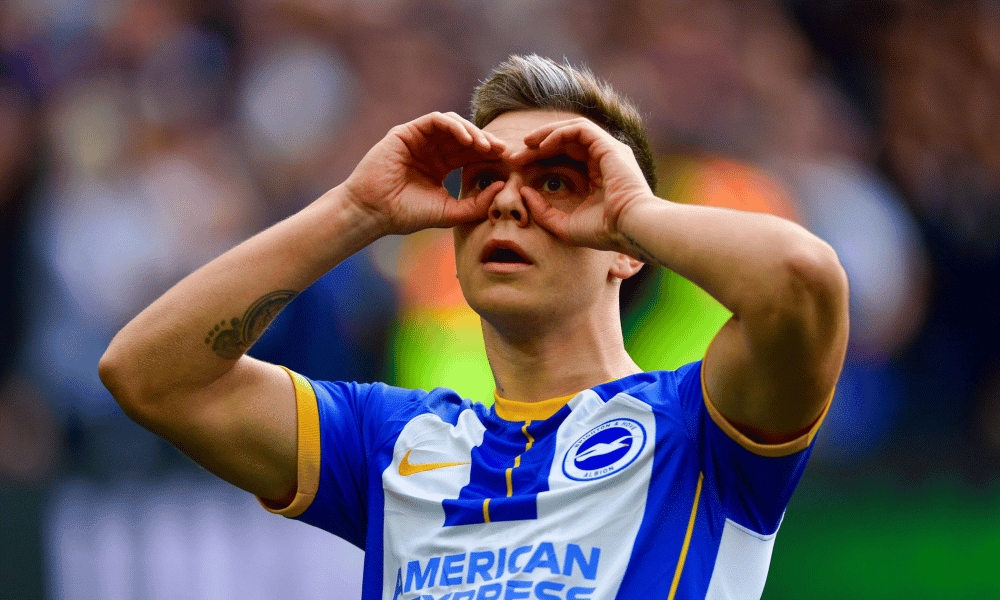 The Blues were given a very obvious message by Brighton when they refused to back down following their coach and their left-back leaving for Stamford Bridge.

Given the circumstances, it looked to be just what Brighton needed after going five games without a victory under Potter’s replacement De Zerbi.

Brighton quickly built a three-goal lead by halftime with the help of a terrible Chelsea defence.

From the beginning, it was clear that Chelsea was unsettled. To make up for his own mistake, Thiago Silva had to stop Leandro Trossard from heading the ball toward the goal. Whereas, it was a start of a trashing beginning.

Before halftime, Brighton’s lead was increased by two own goals: Ruben Loftus-Cheek put a Solly March corner into his own net, and Trevoh Chalobah slipped a low cross from Pervis Estupinan past Kepa Arrizabalaga.

Two minutes after the break, Kai Havertz headed in Conor Gallagher’s beautiful cross to give the Blues hope, but a Chelsea comeback in the second half fell short.

After Edouard Mendy, the injured Arrizabalaga’s replacement at halftime palmed away Julio Enciso’s shot into the German’s path, Pascal Gross sealed a horrible afternoon for Potter and his team with a close-range finish.

De Zerbi’s team moves up to seventh with the win, while Chelsea stays in fifth place despite losing for the first time after nine games without a loss under Potter.

Video shows Tyre Nichols calling for his mother, beaten by officers now charged in his death

The conversion of St Paul – By Stephen Ojapah