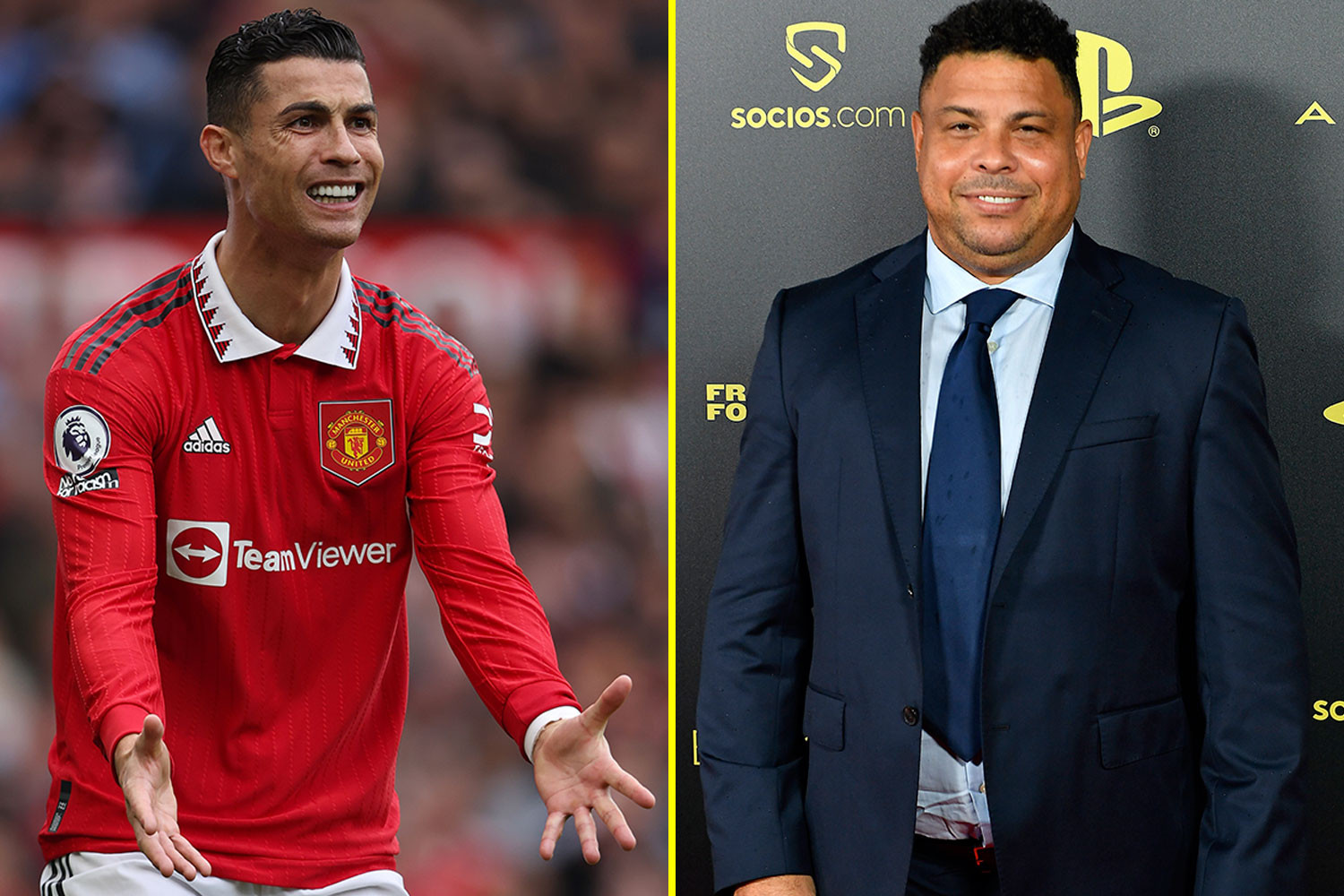 Brazilian legend, Ronaldo has revealed his list of the greatest footballers in history, and his namesake, Cristiano Ronaldo didn’t make the list.

The Manchester United star has had a turbulent period recently after he refused to come on for the Red Devils against Spurs and was banished from the squad and sent to train with the U21 squad.

Ronaldo Nazario has now excluded him from his list of football greats.

Speaking to The Guardian, the Brazilian icon was asked who was greater out of Lionel Messi and Diego Maradona, to which he replied: ‘That’s unfair. I think there is a very, very special group where you have Diego, Messi, [Johan] Cruyff, [Franz] Beckenbauer, Pelé, [Marco] van Basten, Ronaldinho.’

RELATED  NDLEA arrests couple with 273 bags of cannabis in Ogun

‘I would include myself. Let the fans say, let them debate it in the bars. But you can’t rank them, can’t compare generations.’

There was no space for Man United’s Ronaldo on the list however the Brazilian star did make reference to him shortly after.

‘People call me Original Ronaldo but, bloody hell, there were others – and they weren’t false. I’m not the only one and more will come along and be better than me, in everything,’ he said.

Ronaldo Nazario, 46, scored 352 goals across 518 games in his impressive career that spanned nearly two decades before retiring in 2011.

The former Real Madrid and Inter Milan striker also spoke on PSG star Neymar and insisted his compatriot’s personal life has influenced his perception on the pitch.

Ronaldo said: ‘People love him a lot. If we talk specifically about football, I doubt there’s anyone who doesn’t love him.

‘His private life transcends football but I’m not interested. He’s daring, has skill, variety, is quick, scores goals, has personality.

‘You could compare him to Messi and Cristiano Ronaldo, even though they’re from a different planet. On the pitch Neymar is one [thing], then people mix in all the other stuff.’

Kiriku reacts as lady who accused him of abandoning family makes U-turn, begs for forgiveness – [Video]