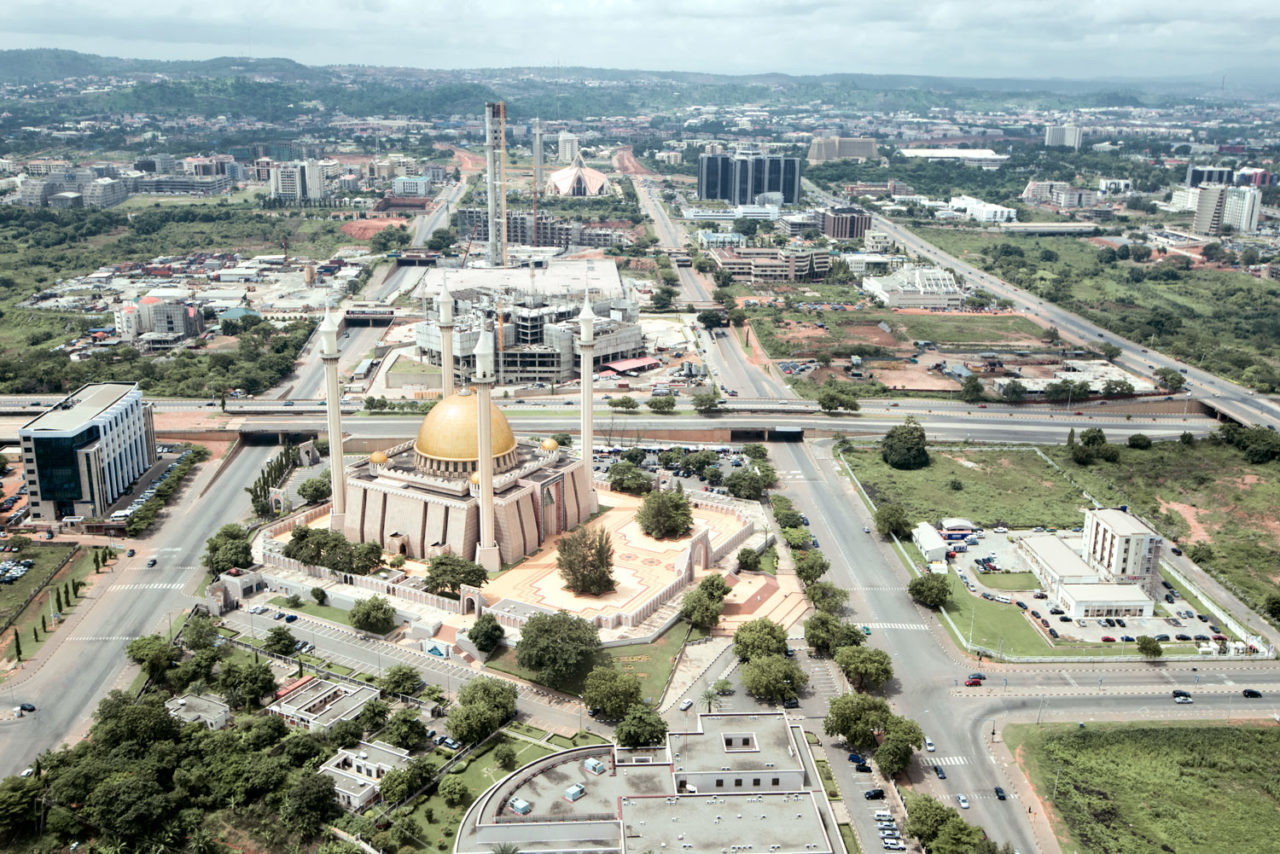 Despite repeated assurances by government, insecurity fears heightened, yesterday, at the Federal Capital Territory (FCT), as the United Kingdom (UK) updated its earlier travel advice of October 26 to British nationals in the country, warning against travelling to the nation’s capital, Abuja.

The Foreign, Commonwealth and Development Office (FCDO) of the British High Commission advised against all, but essential travel, to FCT. The updated advice outlines that there is an increased threat of terrorist attack in Abuja.

“British nationals are advised to stay alert, avoid non-essential travel within the city and follow the local news and advice of security authorities. The British High Commission remains open for essential services and the travel advice will constantly be reviewed to make sure it reflects the current situation in Abuja and Nigeria.”

The statement noted that the travel advice exists to inform British nationals so they can make decisions about travelling abroad.

Other states in Nigeria where FCDO advised against all, but essential travel include Bauchi, Kano, Jigawa, Niger, Sokoto, Kogi, Abia, Plateau, Taraba, within 20km of the border with Niger in Kebbi State and non-riverine areas of Delta, Bayelsa and Rivers states.

At least, five foreign missions have issued warning notices to their citizens to avoid non-essential trips to Abuja, including United States of America, Canada and Australia.

Also yesterday, a mall located in the Jabi district of Abuja shut down operations over security concerns. In a post on its Instagram page, the management of the Jabi Lake Mall said it was reviewing the security situation and would inform customers when it reopens.

“This decision has been taken in the overall interest of the safety of all staff and customers of the mall. Centre Management is committed to minimising any disruptions; however, the safety of our staff and shoppers remains our highest priority. Management is constantly reviewing the security situation in consultation with relevant security authorities and will inform you when the mall will be reopened.”

Despite the closure of Jabi Lake, it was observed that several malls were still open for business in the FCT while garden operators experienced low patronage following the terror scare.

The scare was further heightened after the reported arrest of two terror suspects at Trademore Estate, along Airport Road, in Lugbe area of the capital city.

A source disclosed that terrorists and their collaborators, who have been mapping and strategising on how to launch multiple attacks to attract global attention, were arrested in Abuja and neighbouring communities lately.

The source, a security official, said the terrorists were receiving ‘guidance’ from their superiors living within and outside Nigeria on how to perfect “the massive onslaught on the symbol of authority to prove that they were still strong and could attack anywhere.”

It was learnt that their influx into Abuja was sequel to massive aerial reconnaissance and ground operations by Nigerian troops in the far Northern Borno bordering Chad, Niger and Cameroon and the Alagarno and Sambosa forests in Northeast, as well as bombardments in forested areas in parts of Kaduna, Katsina and Zamfara states that had led to the destruction of many cells of the terrorists.

Some suspected ISWAP members were arrested in Trademore Estate in a raid on Tuesday. The arrest, it was gathered, by the combined team of the Department for State Security (DSS) and their foreign counterparts, followed a tip-off that a highly notorious ISWAP member, who specialised in making bombs, lived in the estate.

Eyewitnesses account revealed that the DSS used tracking devices to track the suspects. One of the suspects was said to be hiding in a bullet-proof Toyota Camry car parked meters away from their hideout and was trying to speed off when the bomb tracker device started pointing towards the car where he has loaded the bomb.

The vehicle was rained with bullets, which did not penetrate. It took a tedious breaking of the windscreen with devices before they were able to arrest the suspect. The security operatives were said to have shut the entrance and exit gates of the estate while the operation lasted.

It was also gathered that the DSS uncovered boxes of explosives in the estate. Two pistols were recovered from an apartment rented by the suspects in the estate. Two suspects, identified as sibling, were taken into custody on the allegation of terrorism.

Residents of the estate have also claimed that security officers have been searching vehicles at random in parts of the neighbourhood.

While the Federal Capital Territory (FCT) Police Command continued to dismiss the scare as rumours, spokesperson of the DSS, Dr Peter Afunanya, didn’t respond to The Guardian enquiry on the matter.

A message from management of the Trademore estate to residents urging them to be vigilant also went viral yesterday. The management claimed that the operation was carried out by combination of American Army and DSS team.

“We are unable to give full details of the reason(s) behind the operation, however, we can confirm that there was an allegation of terrorist activities. It is therefore desperately incumbent on every resident to remain vigilant, know your neighbours and report any suspicious movement, person or activities to the exco, street reps and the police,” the estate said.

The Federal Capital Territory Administration (FCTA) has reclaimed parts of the Nigeria Law School’s land taken over by criminals in Bwari town. Senior Special Assistant on Monitoring, Inspection and Enforcement to the Minister of FCT, Attah Ikharo, who supervised the reclamation of the law school land, said pulling down the shanties was also to tighten security and restore sanity on the route.

He said the exercise is one of the measures adopted by the Administration to curb insecurity across the territory and would not be limited to the area.

On his part, the secretary FCTA Command and Control Centre, Peter Olumuji said the operation is a means of sustaining the security measures already put in place by the Police and the FCT Administration. He explained that prior to the removal of the shanties, the areas were used as criminals’ hideout.

PROF Bola Akinyemi, former Minister of External Affairs, has asked political parties to stop mass rallies across the country over the terror alert. Speaking yesterday in a chat with Arise TV, Akinyemi said political parties must “balance rights with responsibility” and help the security agencies focus solely on protecting Nigeria.

“These are inconvenient times for Nigeria because it is election time and campaigns have started. All these one-million-man marches and the like are soft targets for terrorists,” the former minister said.

“We should stop talking about rights when there is an existential danger to the republic. The National Security Adviser, after getting clearance from the president, should read the riot act to these politicians.

“I am not interested in your rights to assemble if you are presenting a soft target to (terrorists). The Americans have warned you about what is about to happen and you are insisting it is your right to have all these one-million-man marches and so on. It is the question of balancing rights with responsibility.”

Two security scholars at the University of Ibadan (UI), Professors Olawale Albert and Oyesoji Aremu, yesterday, urged the Federal Government to rise to the occasion by responding to the security advisory. They urged government to engage the foreign countries issuing the advisories and work collaboratively to prevent security breaches rather than turn to grandstanding.

Albert said: ‘’Travel advisories are usually issued by countries of the world and embassies, once actionable intelligence is picked up as to possibility of a security threat. ‘But what is happening to Nigeria in the last few days is very uncommon. The advisory means that these countries have seen what we have not seen.

“I would have expected that Nigeria and other countries should work together to get a better understanding of what is happening and then put in place preventive measures jointly. Government should rise to the occasion.”

Aremu said: “Talking about intelligence, these are top countries. The arrest of terrorists also confirms the credibility of the intelligence. Shops being closed down and people leaving the country have implications for Nigeria. It means the country is not safe. Government ought to have responded to this early warning signal by engaging the Pentagon on how it could be helped and asked for the intelligence, not just grandstand.”

Bello made the declaration on Thursday while distributing 60 operational vehicles to security agencies in Abuja, which he said would scale up measures aimed at curtailing threats posed by organised criminal gangs.

Among the benefiting agencies were the police, armed forces, Nigeria Security and Civil Defence Corps (NSCDC) and other paramilitary organisations, as well as the Christian Association of Nigeria (CAN) and Nigeria Supreme Council for Islamic Affairs (NSCIA).

Speaking at a brief handover ceremony, Bello said the intervention was to help improve the capacity of security agencies in the nation’s capital. According to him, state-of-the-art security equipment will be installed in the vehicles, which will be centrally controlled.