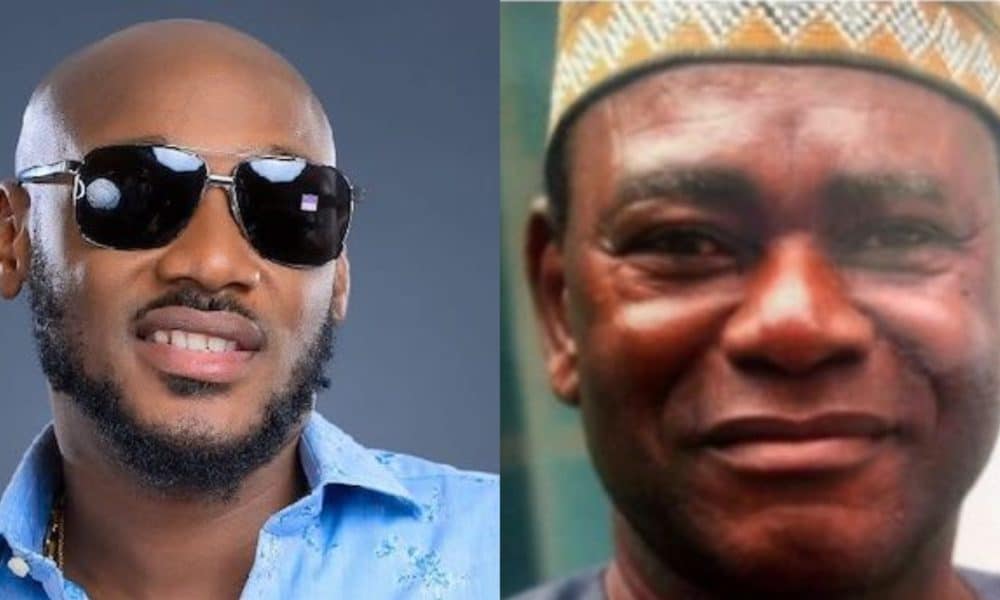 In an Instagram post shared by the singer on Friday, the singer disclosed that his father was the kindest and most gentle human he has ever known.

Naija News understands that Pa Idibia had died after an unsuccessful battle with protracted cancer.

He was then laid to rest on 8th November 2014 in his hometown in Amufu Ejeba community in Enumoga Ehaje, Okpokwu Local Government Area of Benue State.

Sharing a photo of his late father, 2baba captioned the photo: ”Miss u madly my dear father. The most gentle and kindest human I’ve ever known. I’ll mourn u till I join u pops”

Meanwhile, Nollywood actress, Annie Idibia, has shared special moments with the father of her kids and legendary Nigerian singer, 2Face Idibia on her social media page.

Naija News reports that the actress took to her Instagram story to share a video of herself and her husband having a good time and vibing to music in a car.

The mother of two shared the loved-up video months after 2face Idibia tendered a public apology to her for being a ‘shitty’ husband and baby daddy.

In the lengthy post, 2face apologized for all the embarrassment he had caused his wife, kids, mother, and his family.

The mother of two, who apparently has fixed up her issues with the singer, cuddled up with her man, whilst noting that they love each other too much.

She shared the video with the caption: ”We love us so much!! Person eye #soulmates. True love happens only once in a lifetime.. Very few are able to find it the 2nd time! #IsaidwhatIsaid”

A 6th Memphis officer is off the force, and 3 fire department workers are fired as new details emerge from the deadly police beating of Tyre Nichols

A 6th Memphis officer is off the force, and 3 fire department workers are fired as new details emerge from the deadly police beating of Tyre Nichols