2023: Why Ukwa-la-Ngwa people will not vote for PDP – APGA Chair 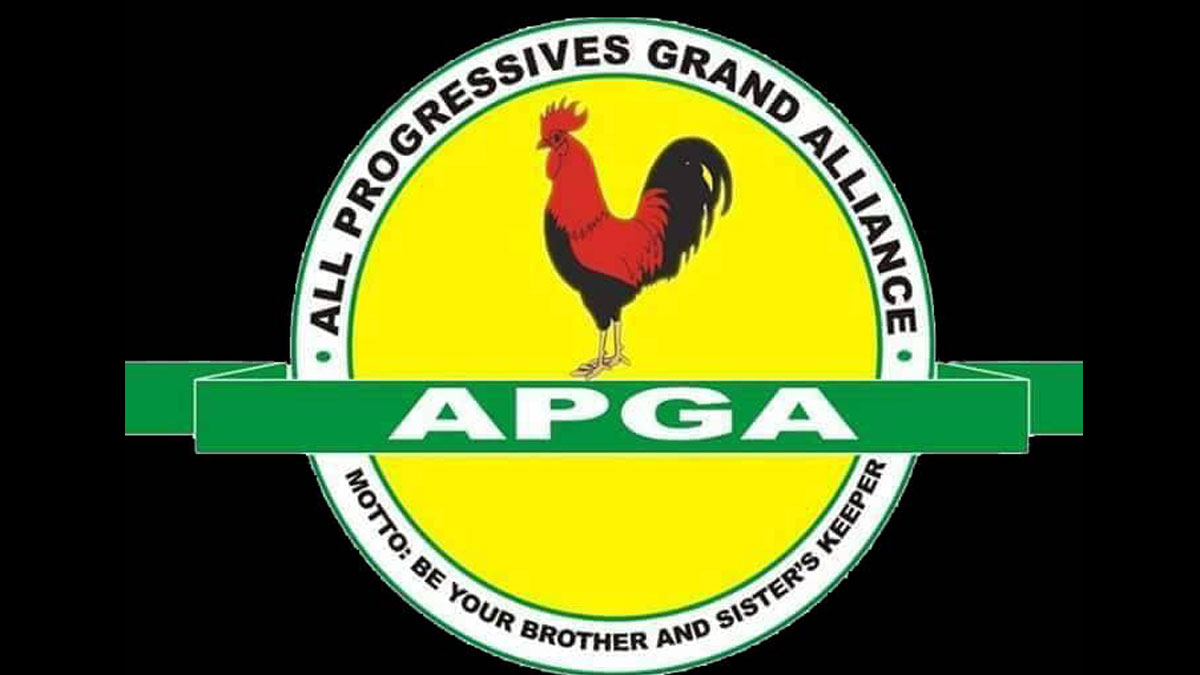 The Chairman of APGA in Abia,  Rev. Augustine Ehiemere, says the Ukwa-la-Ngwa ethnic nationality in the state has suffered untold neglect for the past 20 years under the ruling Peoples Democratic Party (PDP).

The statement was issued against the backdrop of the alleged plot by the ruling-PDP to “poach“ APGA’s House of Assembly candidates from Ukwa-la-Ngwa.

He stated that APGA received the intelligence about a plot by PDP to use its candidates to sabotage the chances of APGA’s Governorship Candidate, Prof. Greg Ibe.

He, therefore, advised the candidates to resist any inducement, financial or otherwise, to lure them out of APGA.

He maintained that the plot was to offer the candidates “irresistible financial inducements” to defect to the PDP.

“According to our intelligence, their plan is to lure the affected APGA candidates with such heavy financial offers to help deliver PDP governorship candidate, Prof. Uche Ikonne, in their respective constituencies.

“They equally promised to concede the House of Assembly seats to some of them, while others would be rewarded with political appointments in the imaginary Ikonne-led government,” Ehiemere stated.

He described the experience of Ukwa-la-Ngwa people under PDP as lamentable for anybody to vote for its candidates.

He explained that the nine local government areas of Ukwa-la-Ngwa, including Gov. Okezie Ikpeazu’s Obingwa, had the worst roads in the state.

Ehiemere expressed sadness that Ukwa had nothing to show in terms of infrastructure and other indices of development, in spite of being the only oil-bearing area of the state.

He asked, “So, why should any right-thinking candidate of Ukwa-la-Ngwa extraction succumb to the PDP trap?”

He urged the APGA candidates “to refuse to be remembered on the wrong side of history.

“We urge them to stand tall as heroes of democracy and support our governorship candidate in his vision to birth a new Abia where merit will be placed above other sentiments.

“The bid to free Abia from political bondage is a divine project that should not be truncated or sacrificed on the altar of personal aggrandisement,” he added.

The APGA chieftain expressed regrets that certain politicians were desperate to continue “to use our common patrimony to hold the state down perpetually.

“Never again shall we mortgage our future and that of the unborn generation because of pecuniary interests.

“We should not allow those who have allocated to themselves the position of kingmakers to use our collective resources to buy our future.

“We must all rise to ensure that only those who have the competence to revive our economy and navigate the state out of its present economic doldrums receive our mandate,” Ehiemere stated.

He contended that PDP had brought misery to the people with the delays in payment of salaries and pensions, in addition to the deplorable state of infrastructure.

He urged the people to reject the continuation of god-fatherism and imposition which, he said, had taken the state far behind others in the South-East.

He maintained that the 2023 “is the time to vote for competence and not mediocrity.

“Abia cannot be entrusted in the hands of emergency philanthropists and overnight billionaire government contractors who are feeding fat on Abia’s commonwealth.

“The next Abia governor must have capacity and a track record of achievements, like Prof. Ibe, ” Ehiemere stated.

He described Ibe as the best among all the governorship candidates.

He said that Ibe, the proprietor and Chancellor, Gregory University, Uturu, remained “the single highest employer of labour in the state.

“Ibe has empowered thousands of our people long before now, unlike some of these emergency philanthropists,” he stated.

Reacting to the allegation of poaching, the PDP’s Acting Spokesman, Chief Amah Abraham, said that it was not true that PDP was poaching APGA candidates.

“The truth is that the Ukwa-la-Ngwa people have realised that their interest would better be served under the PDP.

“It’s not poaching. They are people who have realised their mistakes and want to return home.

“We engage them constructively and they are aligning themselves with the winning party.

“It’s not a matter of any inducement. They are committed to the cause of PDP,” Abraham said.