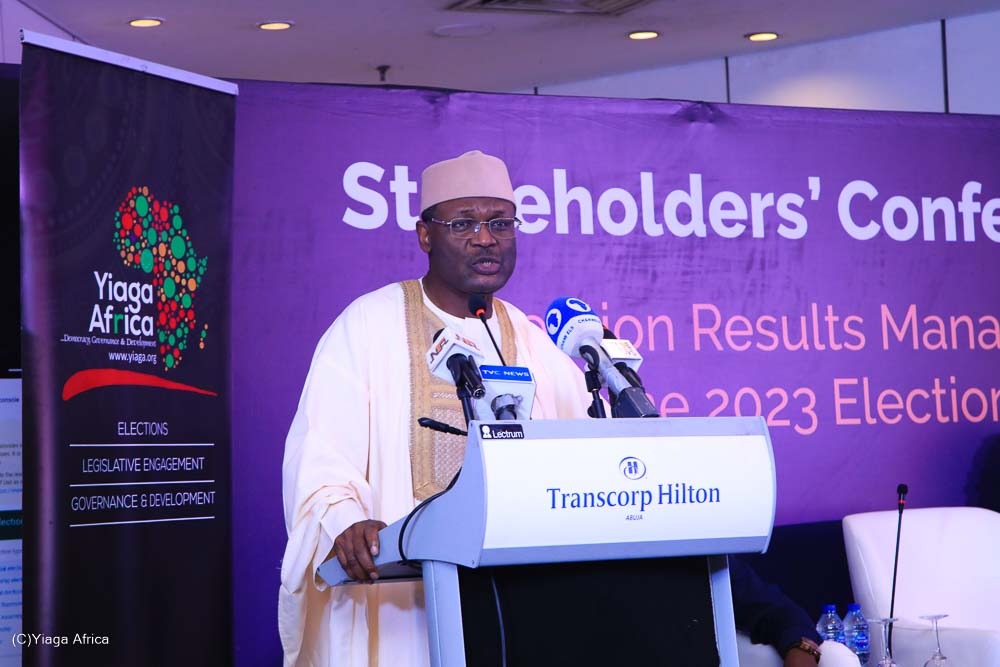 Independent National Election Commission INEC, has said it does not have the power to force any candidate contesting in an election to attend a debate.

The commission also declared the Bimodal Voter Registration System, BVAS, as its most important asset and as such, it won’t entrust its storage with any individual or institution.

INEC chairman, Prof. Mahmood Yakubu, stated these on Thursday during the quarterly consultative meeting with media executives in Abuja.

Disclosing that the commission will print about 500 million ballot papers for the over 93 million voters that will participate in the 2023 poll, Yakubu insisted that there is no going back on the use of BVAS for the

“The most sensitive material for the commission now is the BVAS. The device is even more important than the ballot papers and results sheet. INEC takes charge of BVAS and we won’t entrust the devices to anyone”, he stated.

Speaking on making election debate compulsory for candidates, Yakubu observed that debates are democratic rights that can’t be forced on any candidate.

He said: “I am not sure we can compel someone to attend the debate. You cannot do that. Even In most advanced countries, you can’t compel someone to do anything in a democracy. Debate, just like voting is a democratic right. We know debates are to make citizens to be better informed.

“However, there is an unspoken consequence for candidates not participating. I also understand that some candidates prefer not to attend in order to avoid making mistakes that would drive voters from them.

“We are however happy with the job of the Election debate group is doing. The effort of the media in this aspect should be supported but they should also be non-partisan.

“Many political parties have come to complain to us that they are not invited to debate. In 2019, we have over 70 presidential candidates and now we have 18. I know it will be difficult to take all over the along but we should try to accommodate them.”

Yakubu lamented the growing resort to incendiary comments and violence by parties, adding that the establishment of the Electoral Offence Commission will help to curtail the menace.

Speaking on election logistics, the INEC chairman said 1.4 million ad-hoc staff will be required to successfully prosecute the elections.

Already, according to Yakubu, seven million Permanent Voter Cards (PVC) out of 9.8 million had been printed, adding that the distribution of the cards will commence in November.

He added: “The Commission is also working hard to ensure the completion of printing of remaining PVCs for new voters as well as those that applied to transfer or the replacement of their lost or damaged cards.

“In the coming days, we will also inform Nigerians of the detailed plan to ensure a seamless collection of the PVCs. We are aware that Nigerians expect an improvement in the procedure for PVC collection.

“Since the end of the CVR in July this year, we have been working to ensure that citizens have a pleasant experience when they come to collect their cards. The media has a pivotal role to play and we appeal to you for your continuous support.

“As the 2023 General Election approaches, we shall continue to work together to counter disinformation and misinformation. We will remain transparent and provide the required information to combat the triple menace as an antidote to fake news.

“Therefore, there will be a need for more frequent and intense engagements with you ahead of the election. We hope that in spite of your competing activities, you will continue to honour of our invitation.

Where To Swap Naira, Get New Naira Notes Easily – CBN